On April 30, the members of Pine Valley Golf Club in New Jersey, which has a course routinely rated as the very best in the United States, voted to finally allow women to join their club — a mere 108 years after its founding. Previously, women had only been allowed at the club as guests of members, and if they wanted to actually play golf, they could only do so on a Sunday afternoon.

In an email to members, who include Jack Nicklaus (and Arnold Palmer and Sean Connery before their deaths), Pine Valley club president Jim Davis said “the future of golf must move toward inclusion,” adding that the change puts the club “on the right side of history.” Pine Valley will now begin the process of identifying women candidates for membership and is expected to have its first female members by the end of 2021.

It’s hard to believe that in the 21st century there was even a single private golf club that still excluded women from membership. Augusta National, an 88-year-old institution not exactly known for its forward thinking — it only admitted its first black member in 1990 — began admitting women nearly a decade ago.

But it’s perfectly legal to discriminate. Because these clubs are private, rather than public organizations, federal laws can’t regulate them or their membership policies. The US Supreme Court has also upheld the right of private membership clubs under the First Amendment, terming it as “expressive association,” and any changes that have come about, for example, allowing in members of color, are usually due to public pressure.

Today, there are thought to be less than a dozen male-only golf clubs remaining in the United States, with a combined membership estimated at fewer than 5,000. And remarkably, there are four in the Chicago area.

Butler National, in Chicago, Ill., is one. Formed as a men’s club in 1972, it hosted the PGA Tour’s Western Open from 1974-1990. But its men-only membership policy has precluded it from staging a PGA or USGA tournament ever since. In the summer of 1990, the PGA Tour announced new guidelines, forbidding any club with discriminatory membership policies to host their tournaments. It left Butler with a choice: Let women in or lose the Western Open. It chose the latter.

The last time the club’s members held a vote on admitting women was in 2012 — the same year Augusta National admitted women to their club — and they decided against it. “It’s just what we want, and we have the right to make that decision,” said Butler President Ed Gustafson. “The membership has spoken clearly.”

While five-time major winner Phil Mickelson loves the course at Butler National, he has spoken out about their admissions policy.

“In this day and age, exclusion just isn’t the right way to go about it,” he said in 2017. “I would love to see them be more inclusive in their policies, but it’s not for me to interfere in any private club. But it is disappointing because that will prevent it from holding some big tournament at a truly spectacular venue.”

Thirty miles or so north is Old Elm Club in Highland Park, home to another critically acclaimed course and an attitude best described as “traditional.” With an clientele of CEOs and retirees, it’s joked that the age of the average member at Old Elm is deceased. Butler National and Old Elm are in sharp contrast to the other two men-only clubs in the region: Bob-O-Link Golf Club, also in Highland Park, and Black Sheep Golf Club in Sugar Grove. Opened in 1916, Bob-O-Link has a website that offers nothing to the curious visitor, not even contact details. All that exists on the site is a log-in box for members.

And yet, Bob-O-Link is known for being relaxed when it comes to other types of rules and regulations. There is no dress code, for example. You can even play with your shirt off if you feel so inclined. And it’s said they also have a suggestion box for members — but it’s in the pond by the 2nd hole.

Black Sheep Golf Course, meanwhile, stands apart from other clubs in that it’s completely without frills. There’s no swimming pool, dining room or tennis court — just a golf course (without any flowers or trees) a bar and a grill, which members pay up to $85,000 in initiation fees for the privilege of enjoying. Women, meanwhile, can’t even use the 300-yard road that leads up to the clubhouse. If they want to drop off their husbands, they have to leave them on the main road and let them walk up.
Members call it the Walk of Shame.

LINKS magazine dubbed Chicago’s scene the “last bastion of golf Neanderthalia,” but it’s not the only area where men-only golf clubs continue to flourish.

On Long Island, NY, lies Garden City Golf Club, which still has the same all-male membership policy it did when it opened in 1899. In a 2018 statement, the club’s president, Brian Nelsen, defended the club’s approach: “The Garden City Golf Club has a 119-year tradition as a private club which accepts male members. As a private club, any rule change must be voted on by its membership. Although our entrance requirements may change in the future, we don’t currently have plans to change our criteria for membership.”

In Dallas, Texas, meanwhile, you’ll find Preston Trail, a club that’s been described as equal parts golf club and frat house. Women aren’t allowed and nor are under-21s, as local prodigy Jordan Spieth found out when he was younger. Despite having played in professional events while still in high school and being the youngest ever member of the US Presidents Cup team, Spieth was denied the opportunity to take to the course until he finally played it on his 21st birthday. (The club is a lot more relaxed about its dress code. Mickey Mantle is said to have played an entire round there naked, using his Cadillac as a golf cart.)

Preston Trail has a rumored initiation fee of anywhere between $125,000 and $250,000 and new members require approvals that often take five years to be granted. Former Dallas Cowboys quarterback Tony Romo, who has dabbled in playing professional golf, is said to be on the list — a fact that is impossible to confirm, because nearly all male-only clubs forbid their members from talking.

They also restrict their members and guests from using cellphones (apart from in strictly designated areas) and from disseminating any images of their clubs on social media.

Garden City Golf Club’s rule reads: “Cell phones and similar electronic communication devices are not permitted anywhere on the golf course or Club grounds, other than in cars in the parking lot.”

It’s surprising just how far some clubs will go to preserve their all-male status. Burning Tree Club in Bethesda, Md., for instance, would rather pay more tax than allow women to join. In 1989, the Maryland Court of Appeals ruled that the club did not qualify for the same tax breaks as similarly sized clubs in the area because of its membership policy.

The net result is that Burning Tree is now reported to pay an additional $150,000 in taxes each year (or about the cost of two new memberships).

Miklós Breitner, golf consultant and founder of Golf Business Monitor, said, “on a very basic level, ignoring women makes no financial sense. Forbes has found that women control or influence 85 percent of consumer spending and in the United States alone the purchasing power of women is anywhere between $5 trillion and $15 trillion. Golf clubs could really do with some of that, especially post-pandemic.”

Legend has it that Burning Tree came into being when four male golfers got stuck behind a group of female players at the nearby Chevy Chase Golf Club and decided, there and then, to found a club where women weren’t allowed on the property, yet alone tee it up.

Nearly a century later, Burning Tree boasts many presidents as past members, including FDR, Eisenhower, JFK, Lyndon Johnson, Richard Nixon and George HW Bush — but still no women. In fact, the club even denied a membership to former Supreme Court Justice Sandra Day O’Connor, and it still refuses to allow female Secret Service agents on the property. There are no women’s locker rooms or female bathrooms at the club.

Indeed, the only time when women are allowed into Burning Tree is in December when they can book an appointment to buy Christmas presents for their husbands in the club shop — but only in a three-hour slot on Saturdays.

“Most golf clubs, not just the men-only ones, are designed solely for men’s needs instead or for the whole family and, for that matter, members of the LGBTQ community. Their business model is simply not aligned with modern society.”

He said that as long as there is demand for male-only clubs — and there still is — and legislation isn’t enacted to outlaw them, there will always be some clubs holding on to “tradition.” For many of these members, it seems there is an old-school appeal about being part of something so exclusive, even if it’s an outdated concept, and it’s what they’re used to and want to preserve.

“But we’re in the 21st century,” Breitner added, “and most golfers regard them as irrelevant at the very least or, more likely, as relics. Who would want to join one? Really?

About 500 people total have been allowed into this golf club

As news of his impending divorce from wife Melinda broke this month, Bill Gates was tracked down to The Vintage, an ultra-exclusive private golf club and retreat near Palm Springs, Calif. The Post reported that Gates had been hiding out at the luxury resort where he first told his golf buddies that his marriage was over.

Opened in 1980, The Vintage is arguably the most exclusive club in the United States.
The 712-acre site boasts 500 private homes, two golf courses, an 85,000-square-foot clubhouse, a host of restaurants, 11 tennis courts (complete with 1,000-seater stadium), and an 18,000-square-foot luxury spa, complete with a hydromassage bed. The Vintage also employs a fully trained medical unit ready to attend to any emergency, and a security team so vigilant it’s said every resident can leave their doors unlocked, safe in the knowledge nothing will go missing.

The Microsoft founder purchased his 13,573-square-foot property in 1999 for $12.5 million and it sits alongside one of The Vintage’s two pristine championship golf courses (both designed by acclaimed architect Tom Fazio). Gates’ house features six bedrooms, nine bathrooms and, presumably, excellent Wi-Fi. You can see why Gates chose The Vintage and it wasn’t just for the stunning desert setting in a natural cove at the foot of Eisenhower Mountain in Indian Wells.

While it’s believed that women have always been allowed in as members of the golf club, it’s impossible for almost any human to get in. An estimated 500 people are members — including billionaires Dennis Washington, Charles Koch and Philip Anshultz.

Potential inductees must be invited, and even then they must stump up the $250,000 initiation fee plus $32,000 in annual fees as well as own a home at the resort, which can cost up to $20 million.

Covid vaccine passports: Everything we know so far 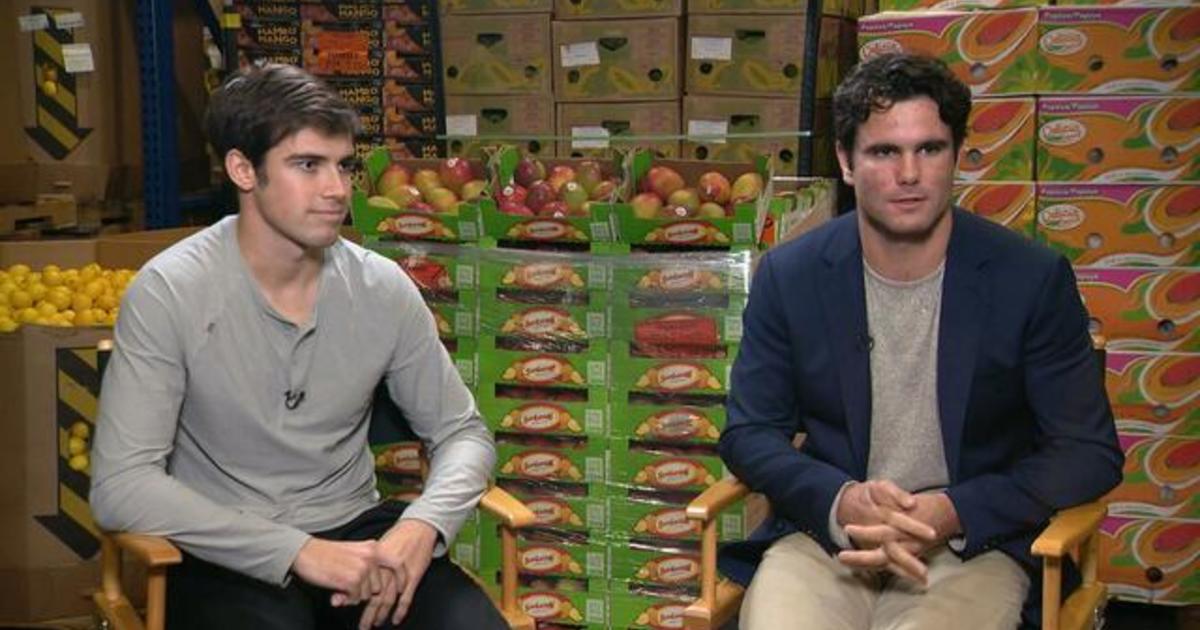