While Johnson & Johnson developed and got FDA authorization for its one-dose vaccine, it won’t be the one manufacturing it – that big task and huge windfall goes to a mostly unknown company in Maryland.

On Saturday, the FDA authorized Johnson & Johnson’s Covid-19 vaccine for emergency use. One of its executives testified before Congress last week that by the end of March the company will be able to deliver 20 million doses of its vaccine to people across the country, and 100 million doses by the end of June. Since its vaccine only requires one dose, that’s enough to vaccinate nearly one-third of the country.

But manufacturing the vaccine won’t be Johnson & Johnson’s responsibility. That job will fall to Gaithersburg, Maryland-based Emergent BioSolutions, a publicly traded biotech manufacturing firm that has a five-year contract to make the essential substance for J&J’s vaccine doses (another firm prepares the viral vaccine to be received by patients as shots). That deal is expected to be worth $480 million over the first two years.

Emergent also has a U.S. contract to manufacture AstraZenca’s Covid-19 vaccine. That jab has yet to receive authorization from the FDA (it is available in the U.K, Canada and the E.U.), but if its eventually approved that contract will be worth an additional $261 million. Both deals are a huge boost for Emergent, which booked total revenues of $1.5 billion last year.

The vaccine will be produced in a $50 million expansion of a Maryland facility that Emergent began building three years ago. “It’s exactly why this advanced development and manufacturing facility that we partnered with the Department of Health and Human Services to build a number of years ago,” says CEO Bob Kramer. “It’s what it was designed to do.”

Emergent was founded in 1998, and it signed its first contract that same year with the federal government to manufacture and improve BioThrax, which is still the only FDA-licensed anthrax vaccine. Unfortunately, their timing was perfect. Only 3 years later, in the fall of 2001, five people would be killed in a series of anthrax terror attacks through the U.S. mail.

Producing this vaccine for the U.S. national stockpile is still a core part of the company’s business, accounting for about a fifth of its revenue last year. Many of its products are “just in case” in nature, such as BioThrax as well as a smallpox vaccine, stockpiled in case of a bio-terror attack. The company also manufactures Narcan nasal spray, which is used as a treatment for opioid overdoses. More than a third of its revenues come from product sales to the federal government.

Another big “just-in-case” category: viral pandemics.  “We’ve been involved in any number of emerging infectious diseases, including Zika and Ebola, some flu candidates and now the coronavirus challenge,” says Kramer.

Johnson & Johnson’s vaccine uses a technology similar to what it developed to fight Ebola. It uses a version of a common cold virus that’s been genetically modified to enter cells but can’t replicate or cause disease in them. But the parts have been stripped out, so to speak, and replaced with a DNA sequence that teaches the cells in your body to make a piece of the virus that causes Covid-19. That virus piece “trains” your immune system to attack the coronavirus in the event of infection.

“We are uniquely qualified and positioned to this Covid-19 challenge,” says Kramer. “As I said before, this is what we do for a living.”

Emergent began paying attention to the coronavirus in mid-January of 2020, when the outbreak was largely confined to China and a few cruise ships. That’s when they “stepped back and assessed from a capability and expertise perspective, what we as a company could offer,” says Kramer.

Over the past year, Emergent has made the doses for J&J’s clinical trials as well as trial vaccines for Novavax and Vaxart. Those were relatively small-scale efforts – at most 50,000 doses or less. Emergent began the time-consuming effort of ramping up for large-scale production in December, right about the time that Moderna’s and Pfizer’s vaccines were approved for emergency use. (Moderna’s vaccines are made by Swiss-based Lonza; Pfizer makes its own.)

To manufacture the vaccine, first the company begins growing cultures of a special cell line that’s derived from human cells. These cells include special proteins that allow the genetically modified virus to replicate within them. As the cell cultures are scaled up, they’re eventually cared for in a “bioreactor” containing thousands of cell cultures. In the bioreactor, the vaccine is introduced from viral banks that are carefully tracked to ensure consistent quality. The viral vaccine is grown in these cell cultures, then extracted and purified. The process takes about four to five weeks, though multiple runs are in the works simultaneously.

After extraction, the vaccine substance is then delivered to another manufacturing partner, such as Michigan-based Grand River Aseptic Manufacturing who prepares the vaccine to be received by patients as a shot. “These are not short manufacturing processes,” says Sean Kirk, the company’s vice president in charge of manufacturing. “They take a number of weeks, but we are running them through the manufacturing equipment as quickly as possible.”

“We are uniquely qualified and positioned to this Covid-19 challenge,” says Kramer. “As I said before, this is what we do for a living.”

iPhone 12 delays don't seem to have hurt Apple – so could it hold back the iPhone 13? 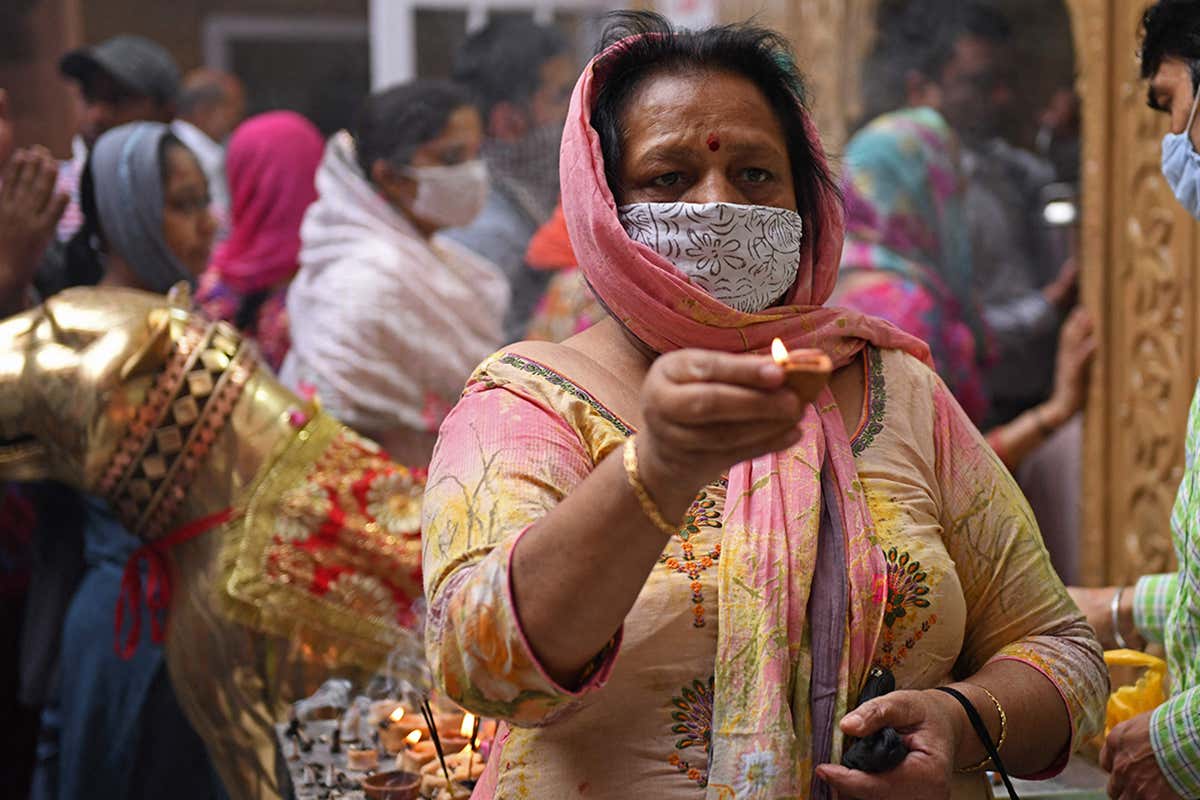 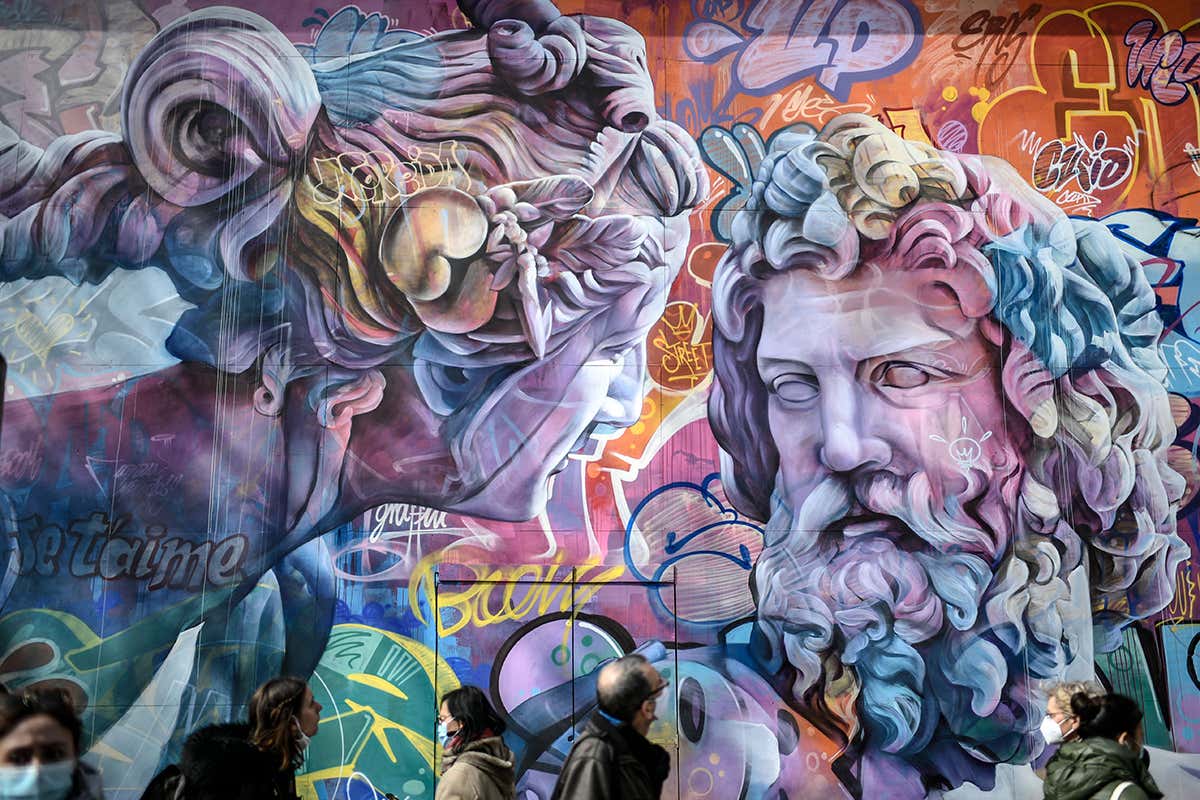 Which Republican can ride momentum out of New Hampshire primary?
35 mins ago

LAUSD welcomes excited students, concerned parents on first day of school after a year
51 mins ago