There was a heavyweight fight in the Bronx this past weekend. The New York Yankees and Houston Astros, owners of MLB‘s two best records, met for a four-game series at Yankee Stadium. It was eventful. Aaron Judge had walk-off hits Thursday and Sunday, three Astros pitchers threw a combined no-hitter Saturday, and Jose Altuve reached base 10 times in four games.

“These two teams, we’re going to be seeing each other a lot down the road,” Judge told MLB.com following Sunday win. “We’ve seen each other a lot in years past in the postseason. You look forward to these weekends, playing good teams and seeing where you stack up.”

The Yankees and Astros split the four games, then New York swept three games from the MLB-worst Oakland Athletics this week. Wednesday’s win (NYY 5, OAK 3) improved New York to 56-20, the best record in baseball by a wide margin. Here are the top of the MLB standings:

The Astros are closer to having the 13th best record in baseball than the first. The Yankees have built a sizeable lead over the rest of the league, and while there’s still plenty of season to play, they have to feel pretty good about where they sit with the calendar a few days away from flipping to July, Saturday’s no-hitter notwithstanding.

The 2022 Yankees are the ninth team in history and only the third team in the Expansion Era (since 1961) to win at least 56 of their first 76 games. Here are the other eight and how the rest of their seasons unfolded:

The 56-20 record puts the Yankees on pace to win 119 games. Their MLB best plus-151 run differential projects out to a 115-win pace, so right now, nearly halfway through the season, it’s not unreasonable to wonder whether the 2022 Yankees can match or even beat the record 116 games won by the 2001 Mariners (and 1906 Cubs).

They’re great at everything. They really are. The Yankees lead baseball in fewest runs allowed per game (3.05) and are tied with the Dodgers for the most runs scored per game (5.04). They also lead in defensive runs saved (48). As a result, their plus-152 run differential is the best in the sport, comfortably ahead of the second place Dodgers (plus-125).

New York’s dominance extends beyond runs scored and runs allowed. They are winning all kinds of games against all kinds of opponents. The Yankees have baseball’s best record in these games:

The Yankees have 10 walk-off wins this season, easily the most in baseball, and following Wednesday’s comeback effort, they are an incredible 24-20 in games they’ve trailed. They have a winning record in games they were losing at one point! That’s remarkable. As you might suspect, no other team comes close to having a winning record when they’ve fallen behind in a game.

This isn’t a team that dominates at cozy Yankee Stadium (for what it’s worth, Yankees hitters have a 111 OPS+ at home and a 117 OPS+ on the road, so they’re better away from the short right field porch) and is merely decent on the road. The Yankees are great at home, great on the road, great in close games, great against good teams, you name it. They can win any kind of game against any kind of opponent.

They have help on the way. Help via players returning from the injured list and help via the trade deadline. The Yankees have been very healthy this year (losing setup man Chad Green to Tommy John surgery is their only significant in-season injury) though they have been without Aroldis Chapman and Jonathan Loáisiga the last month and they are two of their four best relievers. Chapman is due back this week. Loáisiga is still a few weeks away.

Those two are coming to reinforce the bullpen, and the smart money is on the Yankees addressing other needs at the deadline. This incredible start allows them to be patient and not rush into anything, but there are need to address, and GM Brian Cashman & Co. resting on their laurels would be mistake. The 2001 Mariners didn’t win the World Series and aren’t mentioned as one of the best teams ever because of it. The Yankees don’t want to suffer the same fate. They’ll do what they need to do get better.

The outfield is an obvious area to upgrade. Joey Gallo has hit .163/.290/.369 in 120 games with the Yankees since coming over at last year’s deadline, and he’s now starting to lose playing time after being demoted to ninth in the lineup. Moving on from Gallo and bringing in a lefty outfield bat (Andrew Benintendi?) is an easy and straightforward way to upgrade the roster. A little more pitching depth never hurt anyone either. The Yankees can be upgraded in a few spots and I’d bet on them doing it.

They have Aaron Judge. And Judge has leveled up this season and become a dominant and clutch player capable of putting his team on his back for long stretches of times. He has three walk-off hits already, his 29 home runs are six more than any other player in baseball, and he’s seamlessly slid over to center field to allow for the optimal defensive alignment. Judge impacts the game on both sides of the ball as much as any player in the sport.

There’s also this: Judge is playing for a contract. He famously rejected a $200-plus-million extension before the season and bet on himself, and that bet sure looks great right now. For all his past injury issues, Judge has been perfectly healthy the last two years (minus a 10-day stint on the COVID list last July), and a full season of Judge is an MVP-caliber player. He’s hitting .290/.365/.636 this year and his value transcends his slash line. He is what Ichiro Suzuki was to the 2001 Mariners.

They’re already coming back to Earth. Prior to sweeping the hapless A’s, the Yankees were 4-4 in their previous eight games and three of the four wins required a late-inning comeback. There’s something to be said for never being out of a game — the Yankees have lost 13 of their 20 games by no more than two runs — but the Yankees were closer to being 2-6 or even 1-7 in those eight games than they were 6-2 or 7-1. Comeback wins are rad. Convincing wins are, well, more convincing.

This past weekend’s Astros series exposed some of New York’s flaws. Much of the middle of their lineup (Judge, Giancarlo Stanton, Josh Donaldson, etc.) is susceptible to hard-throwing righties, like Justin Verlander and Cristian Javier, and the bottom of the lineup has a few too many dead spots. Gallo, Aaron Hicks, and Isiah Kiner-Falefa have been comfortably below average at the plate. A third of the lineup doesn’t do much damage.

Also, Yankees starting pitchers have a 4.95 ERA in their last 11 games, and they’ve allowed at least four runs five times in those 11 games. They allowed at least five runs a total of nine times in their first 65 games. New York’s rotation is really good, though it’s not truly as good as it was the first two months or so, and a return to normalcy is underway. That applies to the rotation and the entire team. Their winning pace has already begun to show signs of slowing.

The AL East is too tough. The Mariners were so good in 2001 that the Athletics won 102 games and had the American League’s second best record, yet they finished 14 games behind first place. The Angels (75-87) and Rangers (73-89) were pretty bad that year though, and those were the days of the four-team AL West and six-team NL Central.

This year’s AL East is tougher than the 2001 AL West. The AL East became the first division ever with four 91-win teams last season and it’s entirely possible the division will send four teams to the postseason this year. And the fifth team, the Orioles, is improved and no longer a complete pushover like the last few seasons.

Removing the Mariners and Yankees, here’s how the other 2001 AL West and 2022 AL East teams fared in non-divisional games. This is what they did when playing teams outside their division:

Non-Mariners AL West teams played at a 90-win clip when not playing each other in 2001. This year’s non-Yankees AL East teams are playing at a 99-win pace when not playing each other. There really is no debating it. The AL East is the class of the American League and really the class of baseball. It is the toughest and deepest division in the sport. Not sure you can argue otherwise.

The Yankees still have 34 games remaining with their AL East rivals, including 16 against the Red Sox team that has the American League’s second best record (28-11) since their 14-22 start (the Yankees are 29-11 during that time). Nine of the 16 are at Fenway Park too. The Yankees have a lot of grueling intradivision games remaining. The AL East teams will beat up on each other.

They’re going to take their foot off the gas. The priority in the Bronx is not winning 116 games. It’s winning the World Series, and based on the last few years, the Yankees will rest their players to ensure they’re at full strength in October. They have employed a borderline obsessive load management program the last few seasons and that was when they didn’t have sizable division leads.

Once the Yankees begin clinching things — and to be sure, they are a long way from clinching anything — Judge will probably get a few games off his feet to prepare for the postseason. Ditto Stanton and Anthony Rizzo. Gerrit Cole could get a little extra rest between starts, ace relievers Clay Holmes and Michael King may not work back-to-back days as often, etc.

If the Yankees continue at their 119-win pace, they’ll clinch a postseason spot and home field advantage throughout the postseason fairly early (mid-September or so), at which point they’ll take their foot off the gas. They’ll begin to rest players, and resting players figures to slow down the winning pace. I am 100 percent certain everyone with the Yankees would rather be at full strength heading into the postseason than win 116 games, and they will act accordingly.

We Have Answers for Your Burning Quantum Leap Reboot Questions - E! Online Dodgers sweep Padres, bringing their record to a dominant 8-2 in the season series Twins manager Rocco Baldelli on call that helped Blue Jays win: ‘I think it was pathetic’ 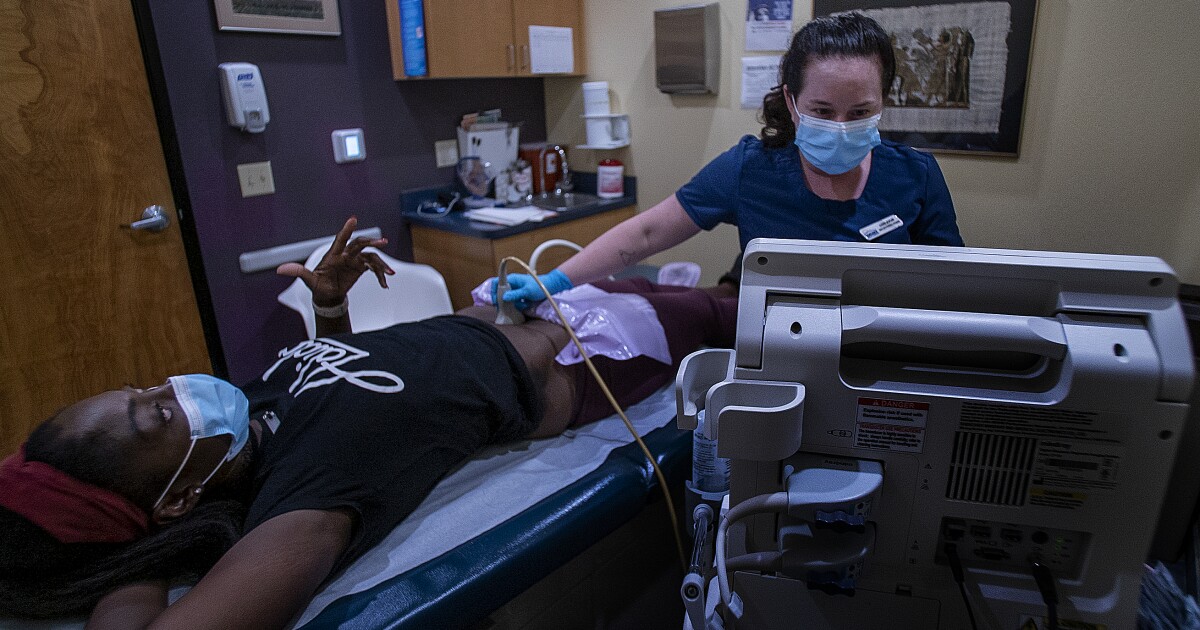