For more than 50 years, the Holy Grail of men’s tennis — the calendar year Grand Slam — has remained unattained.

Only Australia’s own Rod Laver has managed the feat in the Open era, and only he and Don Budge have ever completed the set of Australian Open, French Open, Wimbledon and US Open wins in the same year.

But following Novak Djokovic’s comeback win in the French Open final, the world number one is in prime position to have a crack at one of the few achievements to have yet eluded him in tennis.

Before looking at the fallout from Djokovic’s victory in Paris, though, it’s best to look back at what was at stake.

The red clay of Roland Garros has been Rafael Nadal’s playground for most of the last 15 years, hence the fact that one could count the Spanish superstar’s French Open losses on one hand with plenty of fingers left over.

Coming into Paris, the headline within reach for Nadal was passing his great friend and rival Roger Federer to get to 21 grand slam singles titles, a big step towards claiming the mantle of greatest men’s player of all time. Novak Djokovic beats Rafael Nadal in four sets to reach the final of the French Open at Roland Garros.

He was favourite to win an astounding 14th Coupe des Mousquetaires, and although he showed some signs of being beatable by losing a set against Argentina’s Diego Schwarzman in the quarter-finals, there was still confidence he was on track.

Instead, Djokovic produced a stirring comeback victory to become the first man ever to beat Nadal at Roland Garros having lost the first set. Both players gave their all, and Nadal showed some of his classic play on clay. But the world number one was too strong in the end, winning in four sets.

This was a big blow to the 35-year-old Nadal’s hopes of getting to 21, and opened up the chance for a two-major swing between the pair.

What could the Next Gen do?

The main chance to dethrone Nadal on clay, Dominic Thiem, had departed in a shock first-round loss to Spain’s Pablo Andújar.

Tsitsipas defeated second seed Daniil Medvedev on the way to the last four, while Zverev — long mentioned as a potential major title winner — had rattled through the rounds after an opening scare against fellow German Oscar Otte.

The pair delivered a top semi-final, with Zverev coming back from two sets down before losing in five to Tsitsipas.

The decider was the Greek star’s first grand slam singles final, and he came out as if he wanted to get things over quickly, racing to a two-set lead.

But after Djokovic headed to the locker room for a bathroom break and a reset, he came back out and showed exactly why he is the world number one, sweeping through the next three sets to clinch a 6-7 (7/2), 2-6, 6-3, 6-2, 6-4 win over Tsitsipas.

Not only did this give the Serbian champion a record 32nd five-set win at grand slam tournaments, it moved him to one major behind Nadal and Federer.

It also gave him the prestigious record of becoming the first male player in the Open era to win all four major titles at least twice.

Where to from here?

The immediate focus switches to Wimbledon, the grasscourt classic which is the traditional home ground of Federer, the eight-time champion.

But with the Swiss maestro having pulled out of Roland Garros under controversial circumstances on his grand slam return from two knee surgeries, huge doubts remain over his ability to go deep into the tournament.

In addition, there is the elephant in the room for Federer, who turns 40 in August. He will be the sentimental favourite at SW19, but realistically 20 titles is likely to be his ceiling.

Speaking after his loss in Paris, Nadal cast doubt over whether his body would be ready to back up on grass.

If he does play, Nadal will be hoping for a return to his form of 2018 and 2019 when he reached the semi-finals before losing to Djokovic and Federer, respectively.

Among the younger hopes, Zverev will probably lead the way, since Medvedev’s baseline game is not suited to grass, and Tsitsipas’s best run came in 2018 when he reached the fourth round.

But Djokovic has won the last two editions of Wimbledon — there was no tournament in 2020 because of COVID —  and as it stands, he will go in as the deserved hot favourite to add to his tally

What about the Grand Slam?

If Djokovic can get things done at Wimbledon, he will potentially set up tennis’s version of a battle royale at Flushing Meadows for the US Open.

If he hasn’t run out of energy from two consecutive major tournaments, he would again be a serious chance to complete the set. He has three US Open crowns, compared to five for Federer and four for Nadal.

But the combination of the lure of securing the Grand Slam for Djokovic, coupled with the desperation of Federer and Nadal to stop him and get to 21 first, would make it potentially the most anticipated men’s event of the Open era.

Even if he can’t quite match Laver and Budge in New York, the future looks brightest for Djokovic.

He may be 34, but he is the youngest of the Golden Trio.

With Federer coming to the end, and Nadal looking like his best chances of crowns still lie in Paris, the chances are high that the man from Belgrade will take the lead in the grand slam titles race in 2022 if not before.

Former U.S. ambassador to Poland on upcoming talks between Biden and Putin 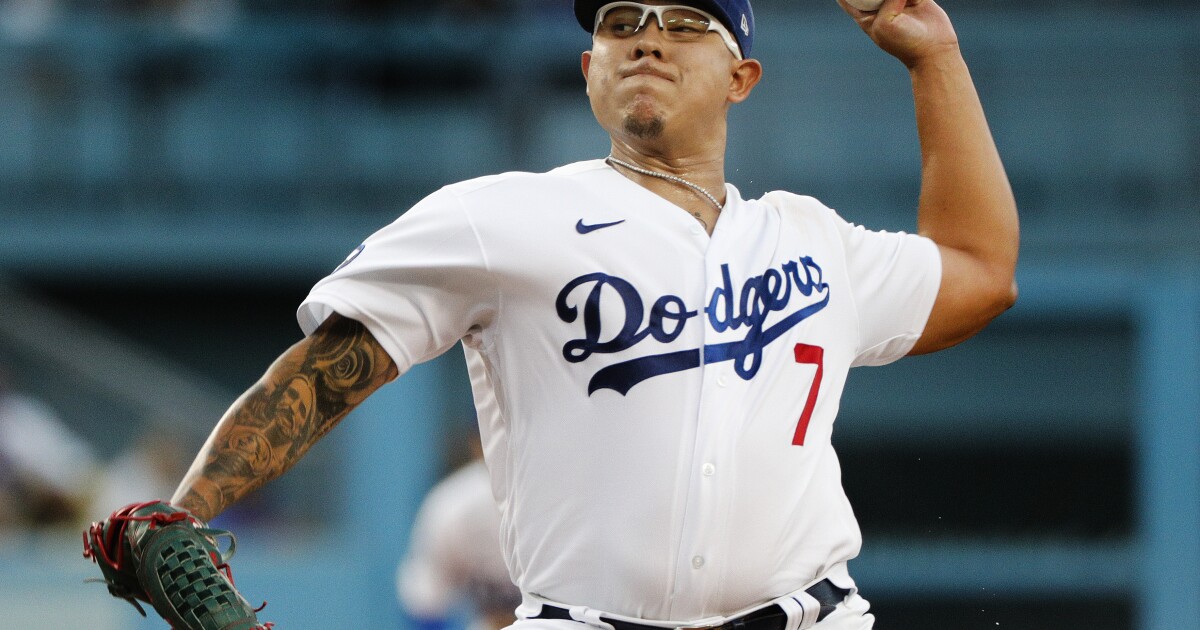 Doctors in Toronto treat man with Parkinson’s disease at his home in N.L. Here’s how they did it | CBC News
58 mins ago