Jupiter’s Legacy season 2 will hopefully be a case of ‘when’, not ‘if’, on Netflix.

The TV adaptation of Mark Millar and Frank Quitley’s superhero comics is currently sitting at the number one spot in Netflix’s top 10 list in the US and UK. That’s despite its mixed critical reception and, given there’s plenty of story left for its live-action TV show to tell, it should get another outing.

Of course, Netflix has canceled other popular properties recently, such as The Irregulars, so Jupiter’s Legacy season 2 isn’t a dead cert. However, Netflix owns Millarworld, the company behind Jupiter’s Legacy, so it would make sense for them to renew it on that level.

With that in mind, here’s everything you need to know about Jupiter’s Legacy season 2. We’ll dive into its potential release date, casting possibilities based on season 1’s events, story threads it’ll need to cover and more.

There’s no launch date for Jupiter’s Legacy season 2, which isn’t surprising as it hasn’t officially been renewed yet.

There may also not be a release date for some time, if more episodes go ahead, based on other Netflix Millarworld productions taking precedence over it. Ahead of season 1’s release on May 7, Millarworld president Mark Millar wrote a Netflix blog post that explained which of his company’s properties were getting developed next.

Currently, there are live-action adaptations of The Magic Order, American Jesus and a new, untitled spy property in the works. Throw in an anime series based on Millarworld’s Super Crooks, and film adaptations of other comics including Empress, Huck and Prodigy, and it’s a busy time for Millar and Netflix.

Jupiter’s Legacy season 2, then, might not go into active development for a while. Assuming it gets renewed, 2022 feels like the earliest we’ll likely see the show return.

While Jupiter’s Legacy season 2 hasn’t even been greenlit, Millar has been asked about a follow-up. In an interview with the Scotland Herald, Millar suggested that a second season had been given the go ahead by Netflix and would arrive next year. Additionally, in another chat with ComicBook.com, Millar admitted that he knew what the plan for season 2’s plot was.

“We know where we’re going [with season 2], Millar said. “I mean the books are a good template. You know, the books are all sitting there for us, so we have a very rough plan. But we know it all depends on hopefully, not to get too cocky, that the audience responds the way we think they will, but we feel good about it.”

However, talking to TechRadar in the wake of season 1’s release, Millar was less bullish about a second season. We’ll have to wait and see what the plan is for that, but no doubt we’ll find out in the next couple of months if it’s coming back.

There’s no confirmation on which cast members will return, or what new characters may be introduced in Jupiter’s Legacy season 2. Based on season 1, though, we can expect the following to appear:

There are others who might return, but their appearances depend on what season 2’s plot will be. The major absence from our cast list is Matt Lanter, who portrays George Hutchence/Skyfox in Jupiter’s Legacy season 1. We’ll explain why he might not appear in our plot section below.

Other individuals who could return include Tyler Mane as Blackstar, David Julian Hirsch as Richard Conrad/Blue Bolt, Paul Amos as Dr. Barnabas Wolfe and Nigel Bennett as Dr. Jack Hobbs. Again, though, their appearances will be dictated by what comic issues Jupiter’s Legacy season 2 draws from.

Jupiter’s Legacy season 2 plot: what would the story be?

The major plot thread that season 2 will have to pick up is Walter’s plan to overthrow Sheldon as The Union’s leader. As our season 1 ending explainer article reveals, it’s Walter – aka Brainwave – who created the clone of Blackstar, caused the Hilltop battle that led to the deaths of some up-and-coming superheroes, and caused a rift between Sheldon and his son Brandon throughout season 1’s events.

Why did Walter do this? He believes that The Union aren’t using their superpowers to help make the world a better place. In that sense, Walter isn’t a supervillain per se, but his ideals differ from those of his brother Sheldon.

Ever since The Union obtained their abilities in 1929, Sheldon has coerced them into following his code of conduct – rules that prevent all superheroes from killing their enemies, and from interfering with issues including politics, war and epidemics. Having fought to keep Earth safe for nearly a century, though, Walter doesn’t believe that Sheldon’s code works anymore. He wants Sheldon gone so he can install himself as The Union’s new leader and usher in an era where superpowered people can change the world.

Jupiter’s Legacy season 2 should continue this big plot point and lead to a major shocking moment that occurs early on in the comics. If you really don’t want to know what happens at this juncture, don’t read past the tweet below:

Jupiter’s Legacy through the eyes of the Utopian himself, Josh Duhamel. pic.twitter.com/71R6uuLgwsMay 13, 2021

In the comics, Walter convinces Brandon to betray his parents and join Walter’s cause. Other superheroes follow suit, and Walter’s group end up killing Sheldon and Grace.

It’s a significant moment in the source material. Walters ushers in a new world order where superpowered individuals end up creating a police state, and any remaining superheroes who don’t join their cause are promptly dispatched if they don’t go underground.

Brandon’s sister Chloe, alongside her boyfriend Hutch, Skyfox’s son, become two such fugitives. Nine years after Walter murders her parents, Chloe and Hutch have a son – Jason – who possesses Chloe’s superpowers and Hutch’s natural intelligence, and who goes on to have a prominent role in leading a revolution against Walter’s army.

How, then, does Skyfox fit into all of this? In the comics, Chloe, Hutch and Jason – alongside other fugitive superheroes – find out where he’s hiding and try to persuade him to join their fight.

In Jupiter’s Legacy season 1 and the graphic novels, Skyfox supposedly became the world’s biggest supervillain following an incident that saw him leave The Union. Unbeknownst to the second generation of superheroes, however, Skyfox isn’t the big bad that he’s made out to be in the comics, and he could have a big role to play in Jupiter’s Legacy season 2 if this story thread is followed.

If season 2 contains Sheldon and Grace’s deaths, as well as the comics’ nine-year time jump, we could see Chloe and company locate Skyfox and attempt to win him to their side. This would allow Matt Lanter to reprise his role as George Hutchence, albeit in a smaller role than he has in season 1.

Alternatively, Jupiter’s Legacy season 2 could follow a similar pattern to its predecessor by alternating between past events and the modern day.

Season 1 interspersed its present day events with flashbacks to a period between 1929 and 1933, where the original six obtained their superpowers. Season 2 could follow suit through Millarworld’s Jupiter’s Circle comics, with these comics following The Union through the 1960s and detailing the events that led to Skyfox leaving the group.

Jupiter’s Circle also explores more of Blue Bolt’s story, who was conspicuously absent from the present day events in season 1. Additionally, the comic series examines how Fitz Small becomes wheelchair bound, why the Supermax prison for supervillains was constructed and the creation behind Sheldon’s superhero code of conduct.

If Netflix decides to set up the events leading to Sheldon and Grace’s deaths in season 2, the TV series’ second instalment may need to jump between the present day and Jupiter’s Circle’s 1960s plot points to cover more ground.

In our view, this would be the way to go. Season 1 introduced so many characters that it was hard to keep track of them all, or provide enough screen time to tell their backstories. Jupiter’s Legacy season 2 would allow this to happen and reserve the comics’ biggest moment until the season 2 finale. Alternatively, if Duhamel and Bibb have three-season contracts, their deaths could be held back until Jupiter’s Legacy season 3.

Jupiter’s Legacy season 2 trailer: is there one?

Not yet, which won’t come as a surprise since a second season hasn’t even been confirmed yet.

Jupiter’s Legacy season 2: does it deserve another outing?

Yes. Netflix needs its own superhero TV series if it wants to compete with its competitors.

Amazon Prime Video has The Boys and Invincible, while Disney has its slate of recently released and upcoming Marvel projects, including Loki, so Netflix needs a superhero property if it wishes to muscle in on this growing market.

Jupiter’s Legacy season 1 has some missteps, but there’s no reason they can’t be ironed out in season 2. Sheldon and Grace’s deaths are reminiscent of Game of Thrones’ Red Wedding moment, in terms of their shock value, and Jupiter’s Legacy will benefit from showing that on screen at some point in the future.

Until it does, however, Netflix’s adaptation of Millar and Quitley’s comics needs to retain audience interest by other means. Stepping up its action sequences would be a start, while providing backstories to other key characters wouldn’t go amiss. If Jupiter’s Legacy season 2 can build on its intriguing plot points while ironing out season 1’s mistakes, it should have enough about it to earn more time with viewers. 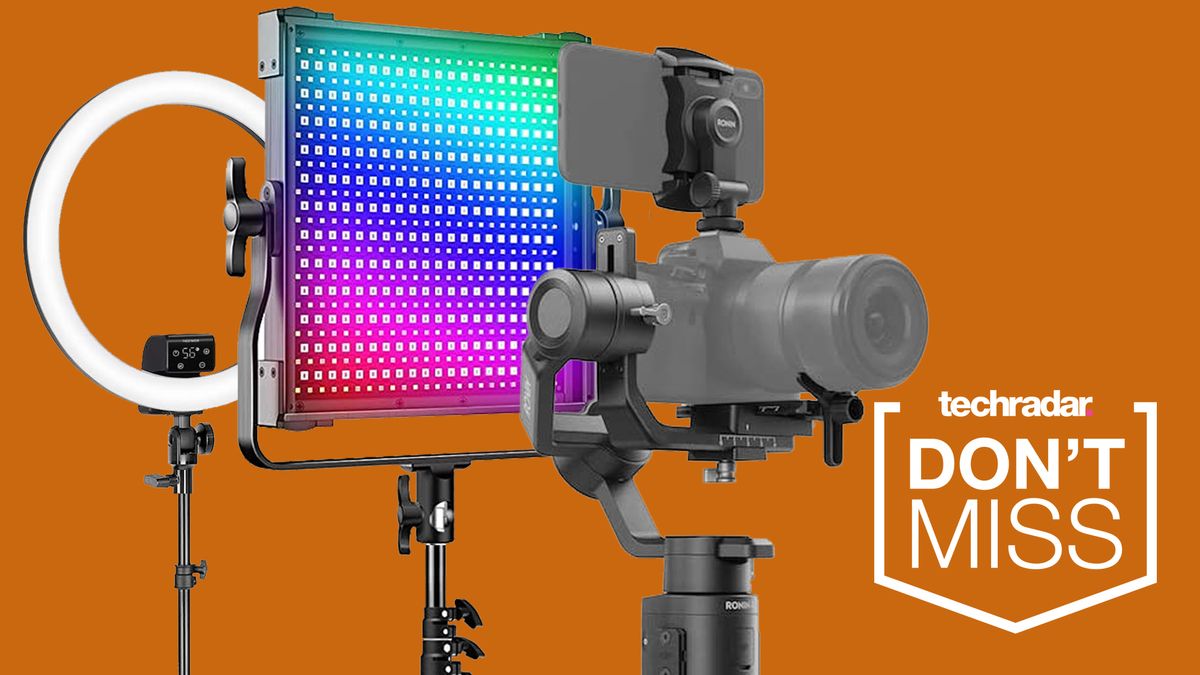 Upgrade your YouTube studio with these bargain Prime Day accessories 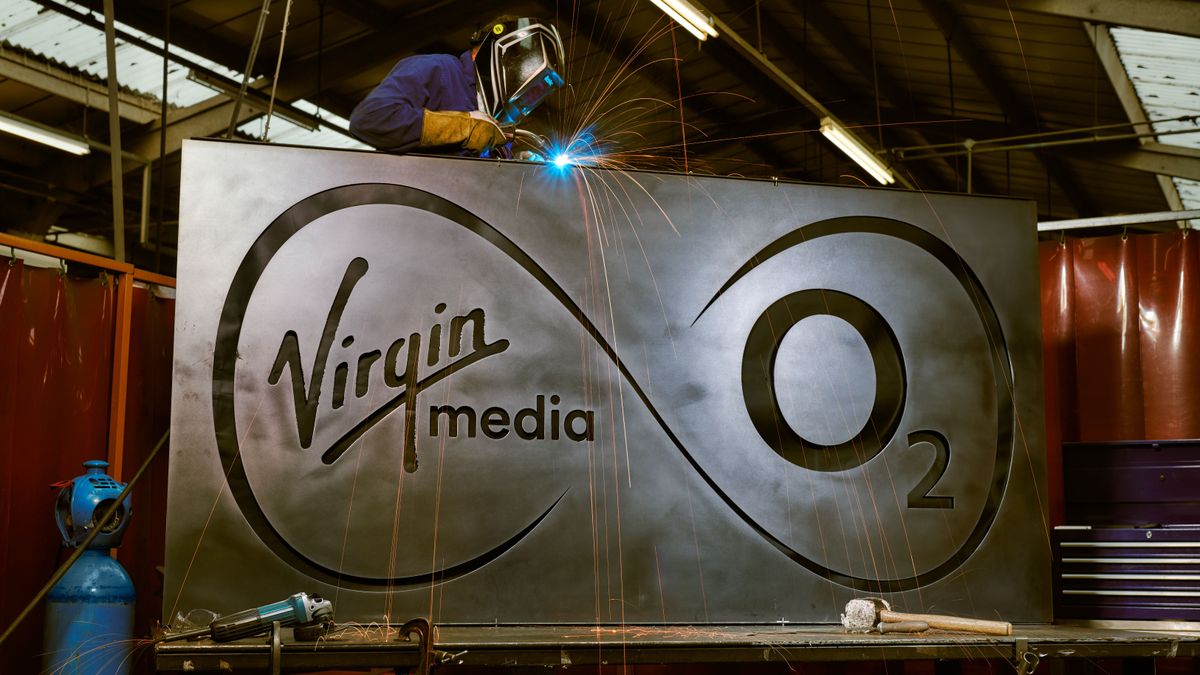 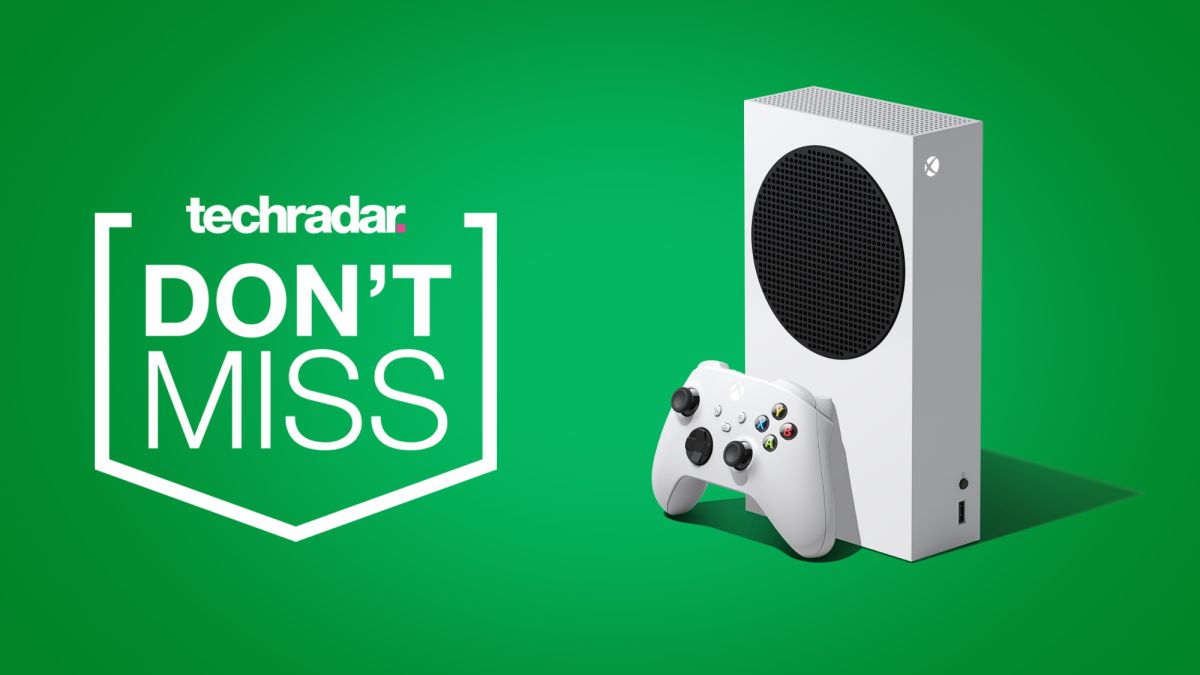 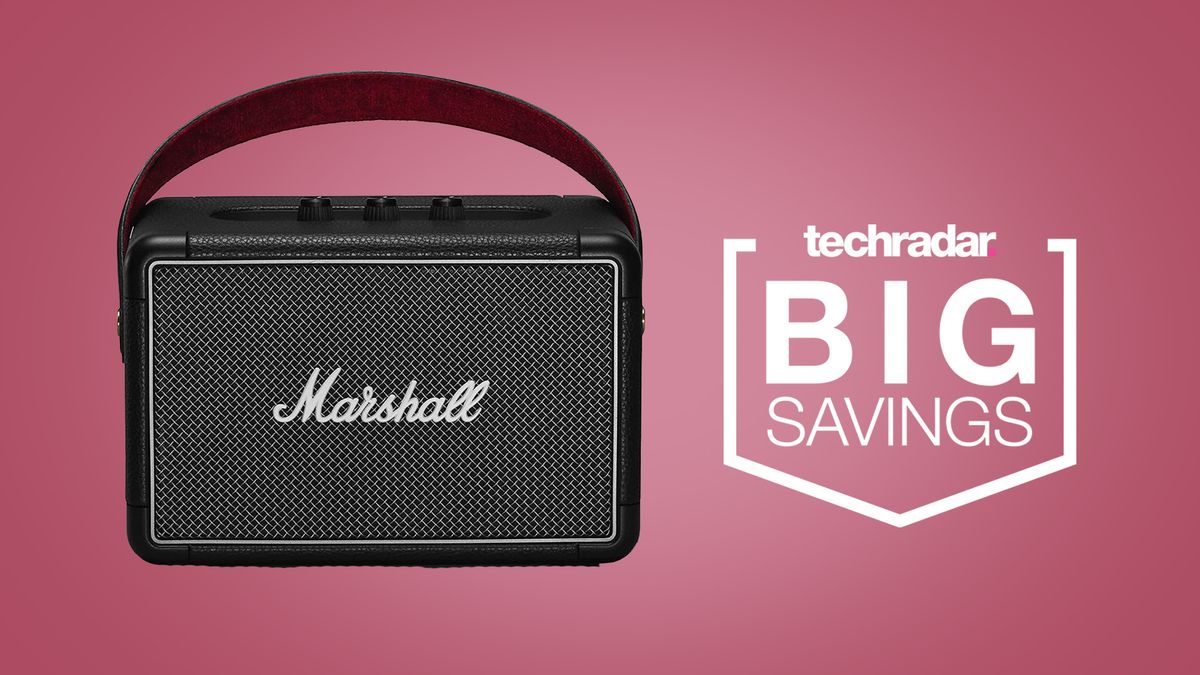 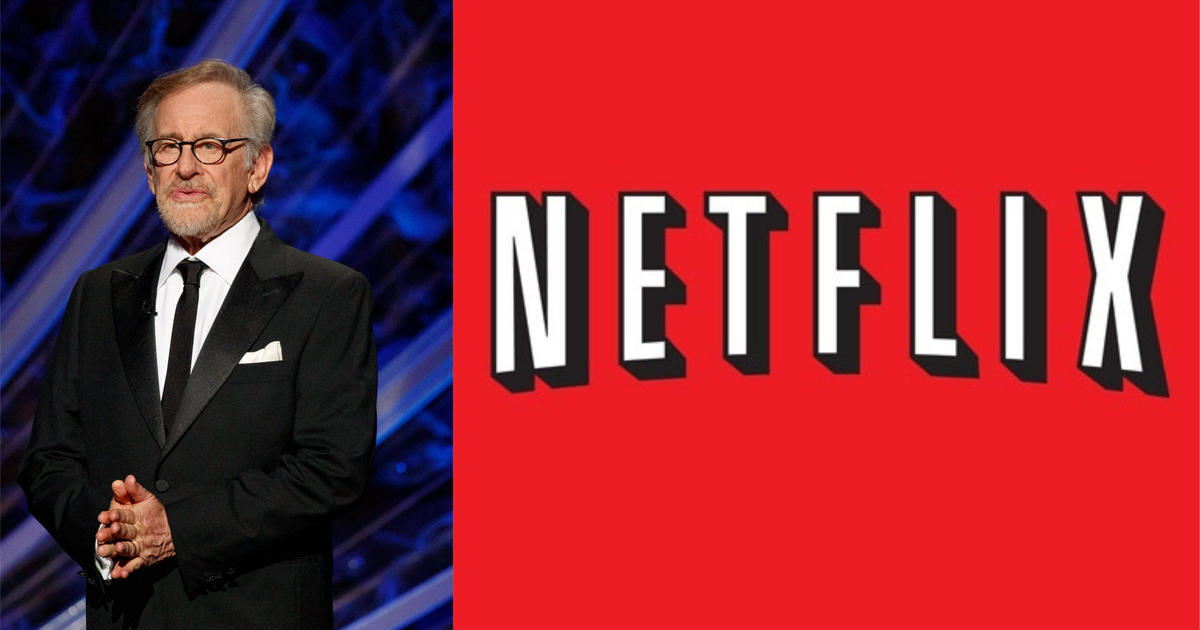 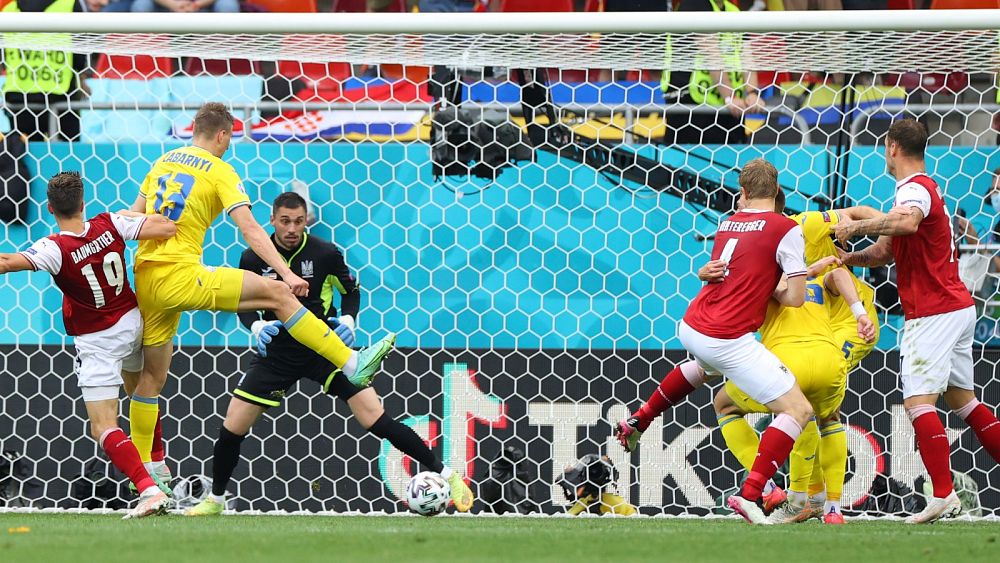 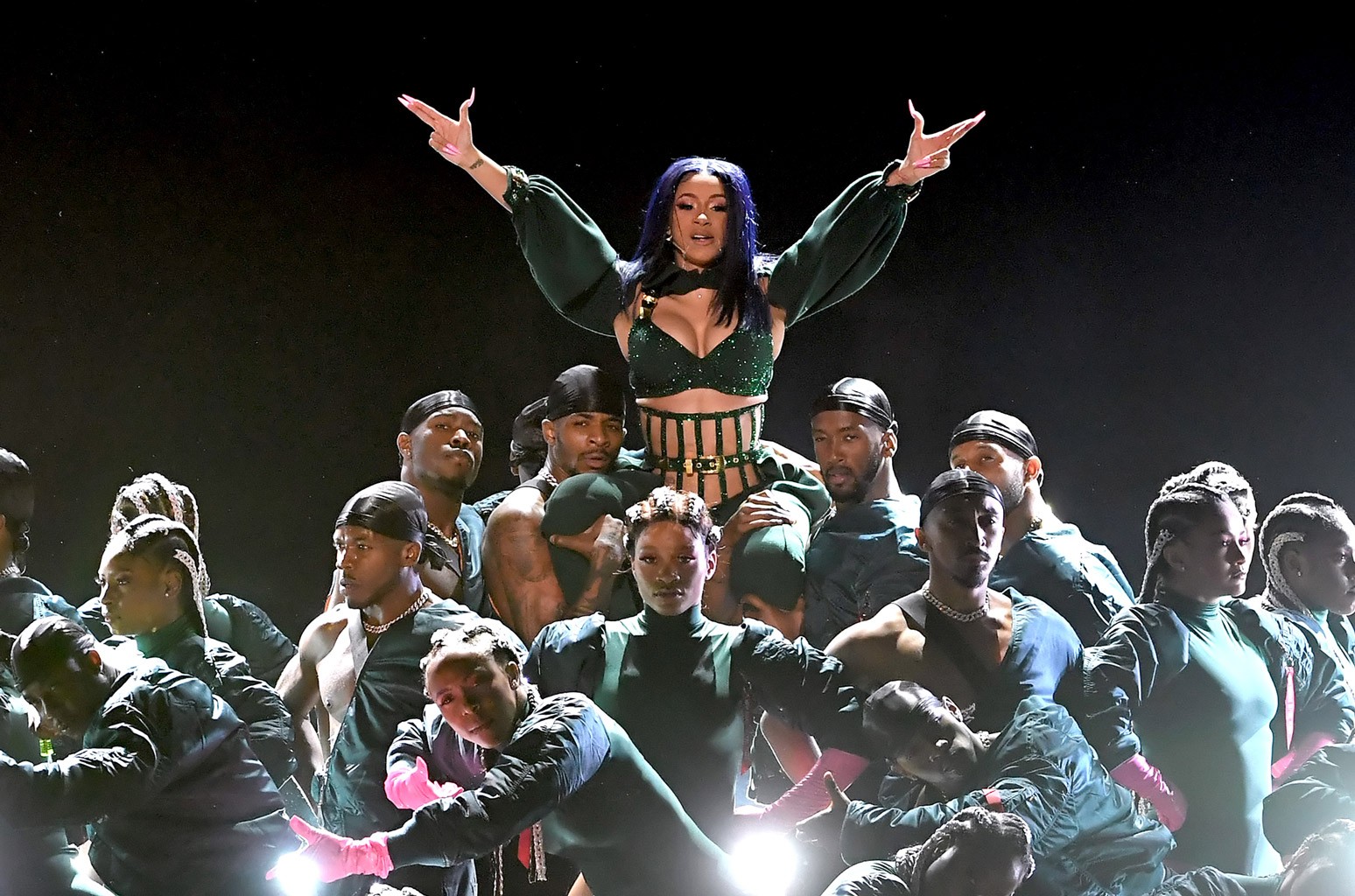