Los Angeles is poised to pay nearly $1.6 million to settle three lawsuits involving alleged wrongdoing by the Los Angeles Police Department, including a $1.15-million payout over the shooting of a man from an LAPD helicopter.

The City Council voted 12-1 on Wednesday to approve the payouts, with Councilman Joe Buscaino casting the sole dissenting vote.

The LAPD and the Los Angeles city attorney’s office declined to comment on the settlements, which allow the city to resolve the claims without admitting liability in the incidents.

The cases represent part of a larger phenomenon: Over roughly the past 5½ years, Los Angeles paid out more than $245 million to resolve legal claims involving the Police Department — more than a third of the total amount of liability payouts for the city during that period, according to a Times analysis of city records.

Two of the lawsuits before the council Wednesday stemmed from fatal shootings by police.

The mother of Anthony Soderberg sued the department over the killing of her son, who was shot to death by SWAT members after a long standoff at a Sunland home that he had broken into. Police fired dozens of rounds at Soderberg, including some from a SWAT helicopter, which was a first in LAPD history.

An LAPD whistleblower later alleged the 2017 incident was an example of the glorification of violence by a group of SWAT team members known as the “SWAT mafia.”

A report on the shooting filed with the L.A. Police Commission found that Soderberg had posed a threat when he armed himself with a pistol and fired into the air at the helicopter, but that he was not armed when he emerged from the home and was shot by the officers.

The commission found that officers opened fire on Soderberg when they were not in imminent danger or were too far away to distinguish a threat. Twelve of the officers used deadly force in ways that violated department rules, the panel found.

When the commission made that decision, the Los Angeles Police Protective League said it was “extremely disappointed,” arguing that officers had “only used appropriate force to protect their own lives and the lives of civilians on the ground.”

In the lawsuit, Soderberg’s family argued that police knew he was “a mentally ill and/or mentally disabled person with no intention to harm anyone.”

After officers fired tear gas into the Sunland home to force him out, Soderberg emerged “crawling, struggling, gasping for air, and unarmed,” the lawsuit states.

Greg Kirakosian, the attorney for Soderberg’s family, called the settlement “a good resolution.”

Kirakosian said the discovery phase of the case, where evidence is collected and produced by both sides, had already concluded when SWAT Sgt. Tim Colomey filed his separate whistleblower lawsuit last summer alleging that SWAT leaders turned a “blind eye” to a “culture of violence” in which lethal force was glorified.

Colomey’s suit didn’t identify any specific incidents, but his attorneys told The Times that they included three incidents that he had previously reported — including Soderberg’s case. Kirakosian asked the judge presiding over the family’s lawsuit to reopen discovery so that he could look into the “SWAT mafia” allegations.

Kirakosian said that when the judge agreed and said the attorney could depose Colomey, the city came to the table to settle. Colomey was never deposed in the case.

Before reaching the settlement, city attorneys broadly denied the allegations in the lawsuit and argued that it should be dismissed, according to court records.

Council members also approved a $295,000 payout in a lawsuit over the fatal shooting of 18-year-old Carnell Snell Jr., whose killing spurred a public outcry and protests. Snell was shot in 2016 after fleeing from a traffic stop in South L.A.

After residents challenged the LAPD account of what happened, the department released a video showing that Snell was holding a gun as he ran from police. The Police Commission decided that an officer was justified in shooting Snell.

Community activists countered that just because Snell was seen carrying a gun did not mean he had pointed it at police. The lawsuit filed by his mother argued that Snell “did not pose an immediate threat of death or serious bodily injury to anyone at the time of the shooting.” The suit also alleged that police were slow to summon medical attention for Snell.

Before reaching the settlement, the city argued that the force used against Snell was “reasonable and necessary for the defense of others,” according to a court filing.

Attorney Dale K. Galipo, who represented Snell’s mother, said she wanted some closure and added that it had been difficult to get witnesses to come forward to counter police accounts.

“That was one of the reasons we settled,” Galipo said.

In the third case, council members approved a payout of up to $145,000 to settle allegations that children were forced to punch each other at a “character building camp” operated by the LAPD for kids 6 to 12. After two children told their parents about the alleged abuse, the camp was closed indefinitely in 2019, according to the lawsuit filed by the parents.

The lawsuit also alleged that a camp volunteer mistreated children who did not speak English fluently, declaring that they and their parents should be removed from the United States and threatening to make them run extra laps if they did not pronounce English words to her liking.

The camp was part of the LAPD’s Jeopardy gang intervention program.

The city denied the allegations of abuse in court. The settlement approved Wednesday by the City Council will be divided evenly between the two minors who reported the alleged mistreatment to their parents, according to court records.

“The racism and violence that children encountered in the LAPD Jeopardy Program was an unacceptable betrayal of trust, straining the already fragile relationship between the LAPD and the underserved communities of Los Angeles,” the law firm Windsor Troy, which represented the parents, said in a statement. It expressed “hope that the department takes the necessary steps to ensure that incidents like this become a thing of the past.”

L.A.’s financial tab for legal payouts related to the LAPD includes settlements in cases brought by citizens against police, but also by police officers against the department. It also includes jury verdicts in cases where settlements were not reached.

In June, the LAPD agreed to pay out nearly $1 million to settle excessive force claims against an officer who fired into a group of teenagers in 2015, wounding then-15-year-old Jamar Nicholson. In December, the city agreed to pay $700,000 to an LAPD lieutenant after city attorneys concluded his supervisors had demoted him without just cause.

And in March, the city agreed to pay $1.5 million to settle a lawsuit brought by a police detective who alleged she was assaulted and blackmailed by a fellow officer.

Legal settlements can take years to negotiate, resulting in major payouts by the city long after the underlying incidents occurred. Because of that, the city could be on the hook for major payouts in coming years after a tumultuous 2020.

The LAPD and the city are currently facing a mountain of lawsuits related to the handling of mass protests in the summer of 2020, including for its handling of arrestees and its use of hard foam projectiles, batons and other weapons against protesters. Los Angeles has been forced to pay out tens of millions of dollars over similar lawsuits in the past.

Column: The prosecutors are scoring at the Derek Chauvin trial. Here's why 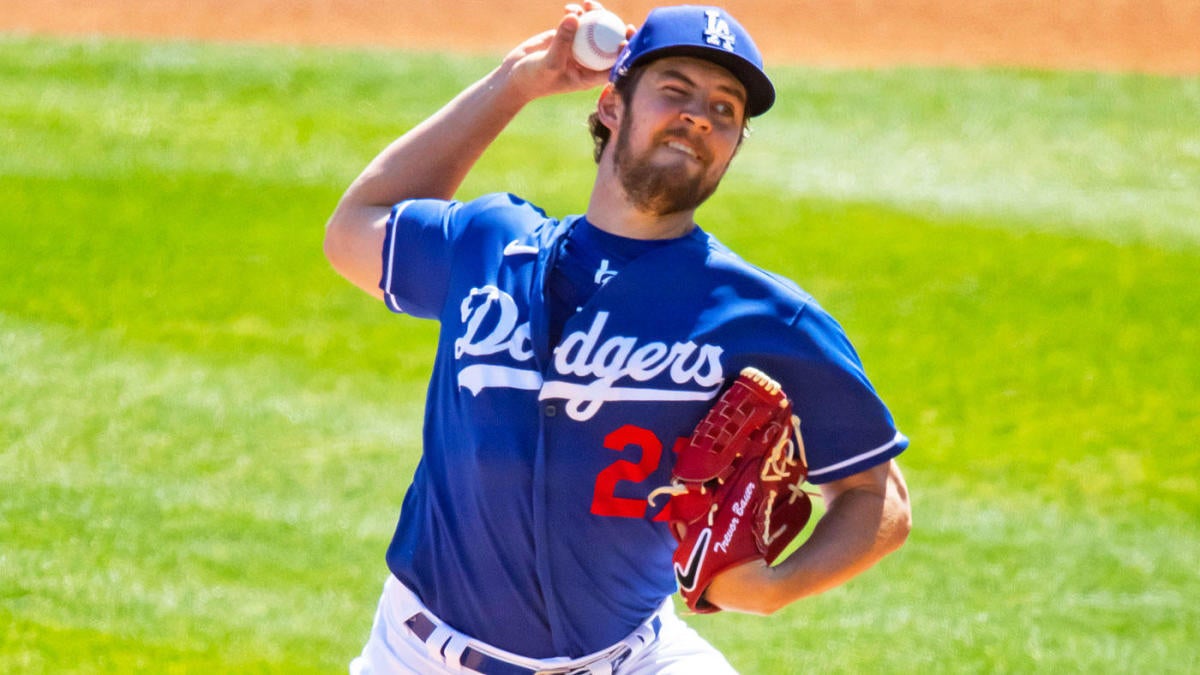 Trevor Bauer is going to dominate the Rockies tonight, other best bets for Tuesday
26 mins ago

LAUSD welcomes excited students, concerned parents on first day of school after a year
1 hour ago