The chair of the Republican National Committee declined to condemn the ‘fringe’ conspiracy theory group QAnon on Sunday, claiming she will dismiss the group because they are irrelevant to the election.

‘Your uncle Mitt Romney called out the president for refusing to condemn QAnon, calling his conspiracy theory absurd and dangerous. As head of the GOP are you prepared to condemn QAnon?’ ABC News’ George Stephanopoulos asked Ronna McDaniel Sunday morning.

‘You know, I knew you were going to ask me that question. I knew it, because it’s something the voters are not even thinking about,’ McDaniel shot back at the ABC News ‘This Week’ host. ‘It’s a fringe group, it’s not part of our party.’

‘The vice president said, ‘I dismiss it out of hand.’ The president said, you know what, ‘I don’t know anything about this group,’ she said of President Donald Trump and Vice President Mike Pence‘s response to questions about the conspiracy theories espoused by the group.

‘So do you condemn it?’ Stephenopoulos pushed.

‘I just told you – dismissed them out of hand,’ she reiterated. ‘They are a fringe group.’ ‘You know, I knew you were going to ask me that question. I knew it, because it’s something the voters are not even thinking about,’ McDaniel said when asked by ABC News ‘This Week’ host George Stephenopoulos about the conspiracy. ‘It’s a fringe group, it’s not part of our party’ The question came after McDaniel’s uncle, Republican Senator Mitt Romney of Utah, said it was ‘alarming’ that Trump would not condemn the group

McDaniel made the remarks after her uncle, Republican Senator Mitt Romney of Utah, said it was ‘alarming’ that Trump would not condemn the group when he was asked to do so at his town hall with NBC News’ Savannah Guthrie in Miami, Florida on Thursday.

‘The president’s unwillingness to denounce an absurd and dangerous conspiracy theory last night continues an alarming pattern: politicians and parties refuse to forcefully and convincingly repudiate groups like ANTIFA, white supremacists and conspiracy peddlers,’ Romney wrote in a statement posted to Twitter Friday.

‘Similarly troubling is their silence regarding anti-vaxxers, militias, and anarchists,’ he continued. ‘Rather than expel the rabid fringes and the extremes, they have coddled or adopted them, eagerly trading their principles for the hope of electoral victories.’

He concluded: ‘As the parties rush down a rabbit hole, they may be opening a door to a political movement that could eventually eclipse them both.’

QAnon was bore of a conspiracy that the Democratic Party is a front for a ring of sex traffickers and pedophiles who, along with the ‘deep state,’ are waging a war against Trump from inside the government.

The president was questioned about QAnon by Guthrie before voters were given a chance to ask Trump their own questions.

‘I wanted to ask you about QAnon – it is this theory that Democrats are a satanic pedophile ring, and you are the savior of that. Now can you just, once and for all, state that that is completely not true. So disavow QAnon in its entirety,’ Guthrie prompted in a contentious exchange with the president.

‘I know nothing about QAnon. I know very little,’ Trump claimed.

‘I just told you,’ she pressed.

Guthrie tried another approach by inciting remarks from Republican Senator Ben Sasse of Nebraska – who in the past has clashed with Trump.

‘He may be right,’ Trump concede.

‘Why not just say it’s crazy and not true?’ she asked of the QAnon conspiracy theory.

‘Can I be honest, he may be right. I just don’t know about QAnon,’ he repeated.

‘You do know,’ she claimed.

‘I don’t know. You tell me all about it,’ he said. ‘Let’s waste the whole show. You started off with White Supremacy, I denounce it. You start off with something else. Let’s go, keep asking me these questions.’ During a town hall on Thursday, Trump would not condemn the group who believes the Democratic Party is a front for a pedophilia and child-trafficking group whose mission is to take down Trump from within the government ‘I know nothing about QAnon,’ Trump said at the town hall when asked to condemn their conspiracies

Trump said during his town hall Thursday, which took place the same time as Joe Biden’s town hall with Stephenopoulos, that he only posts conspiracy theories on his Twitter because he wants people to be able to decide for themselves if it’s true or not.

He suggested that his tweets and retweets are not promotions of those conspiracies.

Trump reposted a wild conspiracy theory last week that the Navy SEAL team who took down Osama bin Laden in 2011 actually killed his body double prompting the Obama administration to kill the team to cover up the false death.

‘I’ll put it out there. People can decide for themselves. I won’t take a position,’ the president continued.

Town hall moderator, Savannah Guthrie, who started off the evening by interrogating the president on a variety of topics, pushed Trump on his claim that his retweets don’t take a stance.

‘I don’t get that, you’re the president,’ Guthrie pressed. ‘You’re not like someone’s crazy uncle who can just retweet whatever.’

Trump said ahead of the town hall that he did not expect to be treated ‘fairly’ by the NBC News anchor.

‘That was a retweet,’ Trump insisted. ‘And I do a lot of retweets. And frankly, because the media is so fake, and so corrupt, if I didn’t have social media – I don’t call it Twitter, I call it social media – I wouldn’t be able to get the word out.’

QAnon has gained traction recently as some candidates, including a Republican U.S. congressional candidate from Georgia, have won their primaries – and others within the party have come out in favor of the conspiracy group.

Most recently, Facebook, Twitter and YouTube have begun campaigns to crack down on the spread of QAnon conspiracies on their social media platforms. It started with Twitter announcing earlier this month that it would block all content related to QAnon, not just those that incite physical harm or violence.

QAnon fashions President Trump as a secret warrior against this supposed child-trafficking ring allegedly run by celebrities and government officials.

Origins: Q Anon started on fringe website 4chan, where a poster calling themselves Q left messages claiming to be a senior federal official and purporting to reveal a ‘deep state’ cabal intent on bringing down Donald Trump. Q grew out of the discredited Pizzagate conspiracy that top Democrats were involved in pedophilia and cannibalism from the basement of a Washington D.C. restaurant, but quickly picked up steam with ‘Q’ leaving ‘clues’ and claims that Trump was going to bring down the deep state. Whenever the conspiracies turn out to not be true, followers rationalize that the inaccuracies are part of Q’s larger plan.

Who is Q?: There may now be multiple people posing as Q on the anonymous 4chan boards A QAnon believer blocked the bridge near Hoover Dam with a homemade armored tank in the name of the movement, and later pleaded guilty to terrorism

Hoover Dam: In June 2019, 32-year-old Matthew Wright, a QAnon supporter, blocked the bridge near Hoover Dam in Arizona with a homemade armored vehicle in a 90-minute stand-off. He pleaded guilty to terrorism charges and has written two letters to Donald Trump from jail, which include the sign-off, which has become the QAnon motto: “For where we go one, we go all.”

Michael Flynn: Trump’s former national security adviser became a martyr figure for QAnon believers after he took a plea deal from Special Counsel Robert Mueller, admitting he lied about his Russia contacts. QAnon conspiracy have spun Flynn pleading guilty into him being a persecuted victim of the deep state – and some even claim he is ‘Q.’

Many believers put three star emojis next to their Twitter handles. But the retired three-star general has denounced any connections to the group and pulled out of participating in an event after finding out it was hosted by a QAnon believer. QAnon Political Candidates: Jo Rae Perkins, 64, won the Republican primary in Oregon in May to run for a Senate seat against incumbent Democratic Senator Jeff Merkley. “I stand with Q and the team,” she said when asked about her interest in the group. She insisted she goes to QAnon message boards as a “source of information” and claims media focuses too much on the group. Perkins won 49 per cent of the vote against three other Republicans.

Marjorie Taylor Greene came in first place in the Republican primary in a deep-red Georgia district, and will enter an August runoff. She has admitted to believing in several QAnon conspiracy theories.

16 million Americans have already voted by mail. Here's how one New York county is processing the ballots. Three stabbed by driver at pro-Armenian protest in California 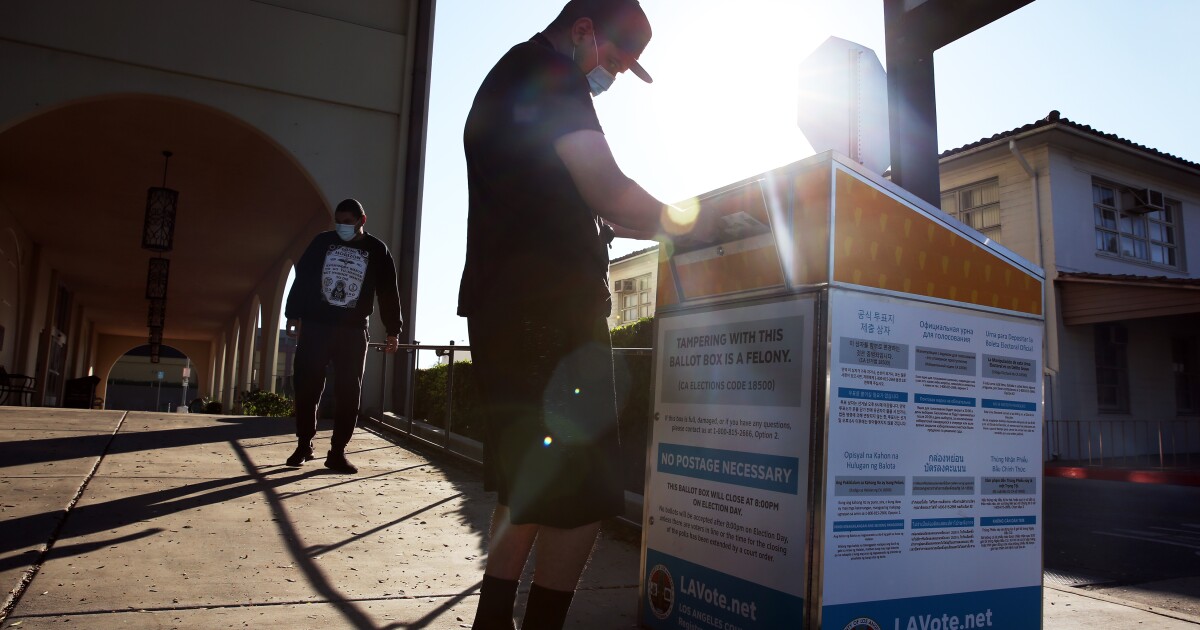 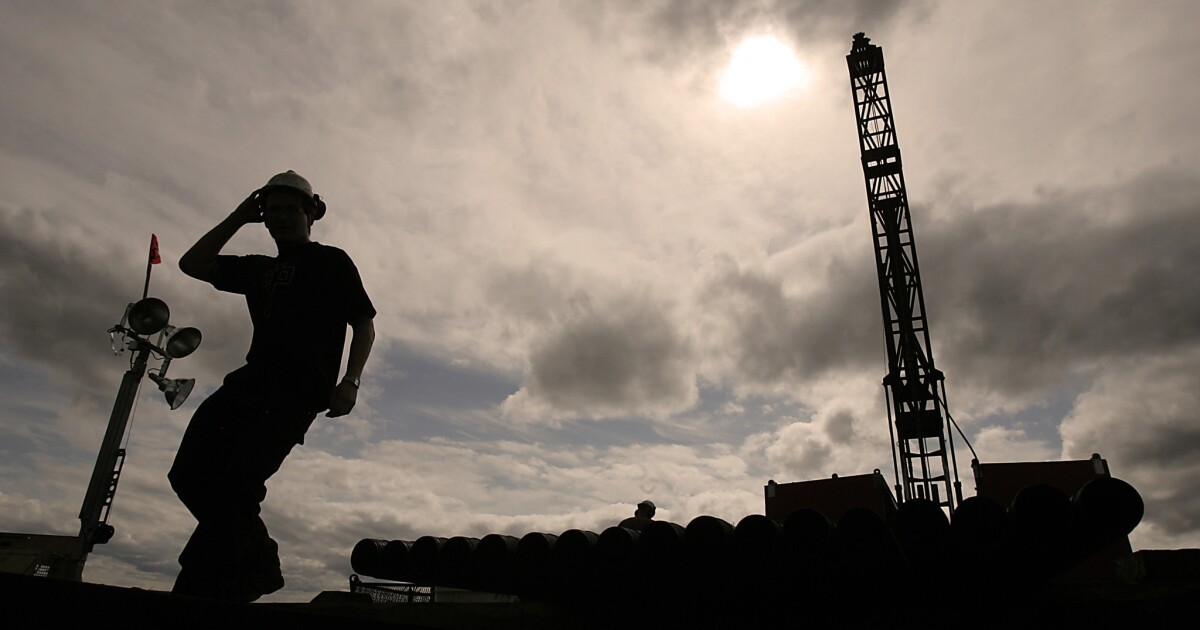 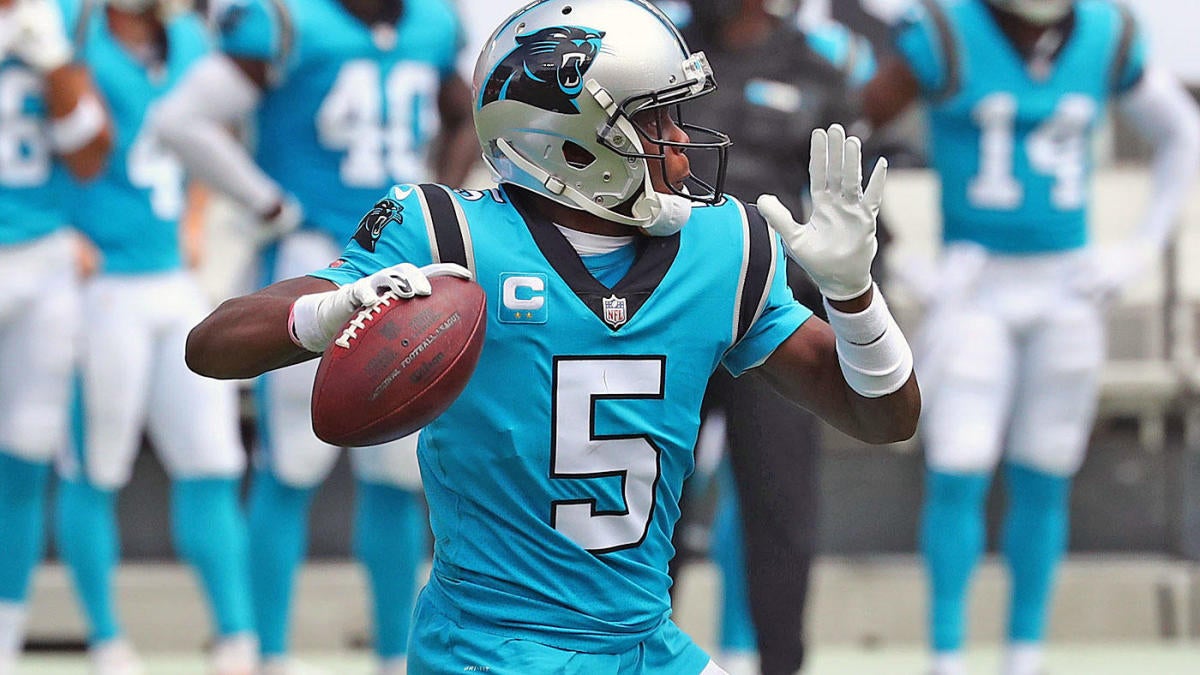 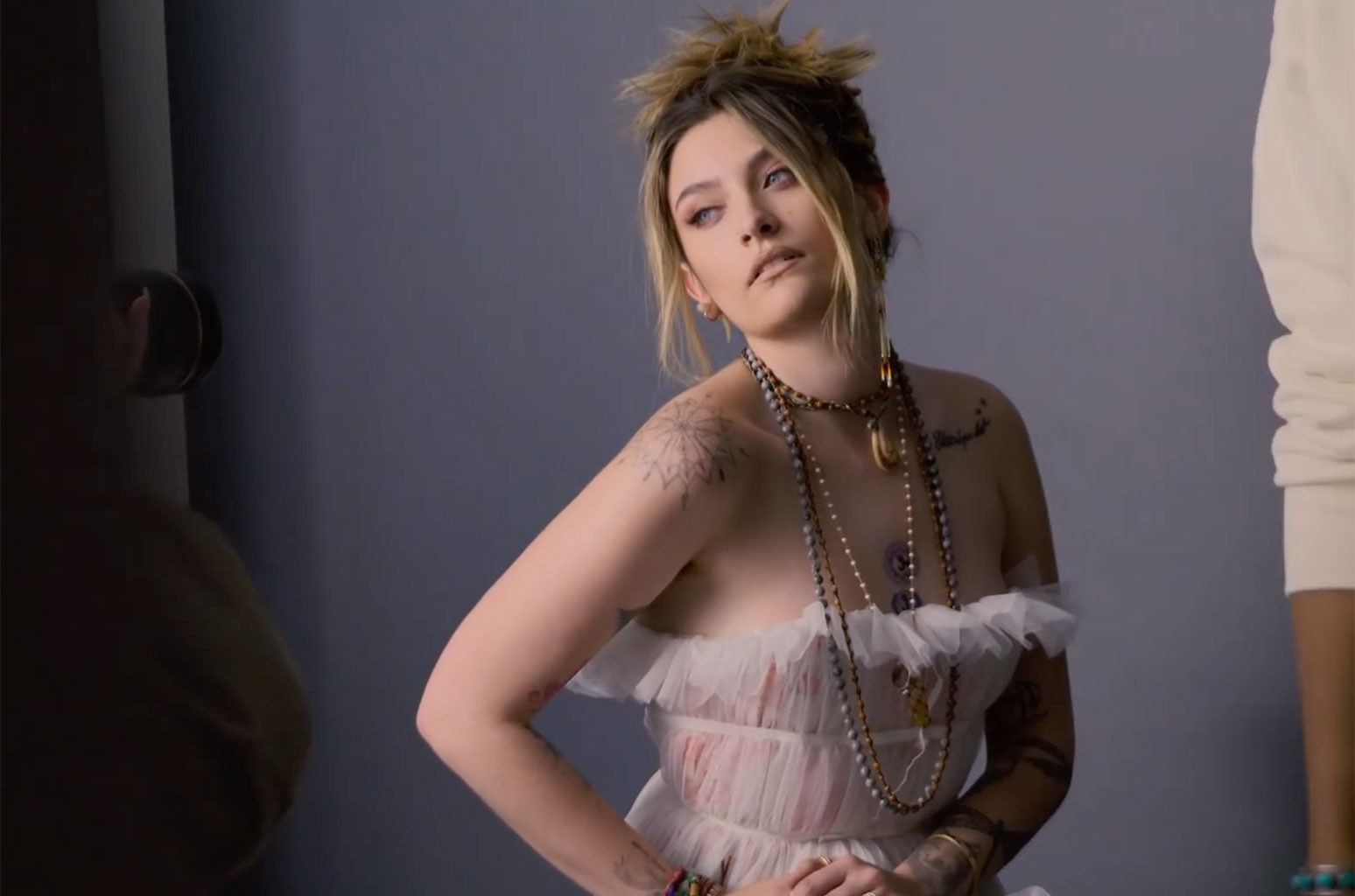 Paris Jackson Lets It Bleed In ‘Let Down’: Watch
42 mins ago

Paris Jackson Lets It Bleed In ‘Let Down’: Watch 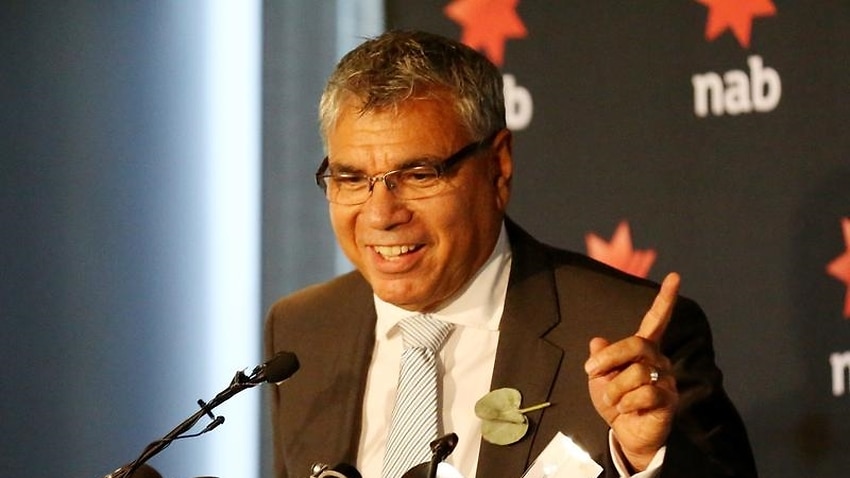 Warren Mundine appointed to SBS Board in non-executive director role 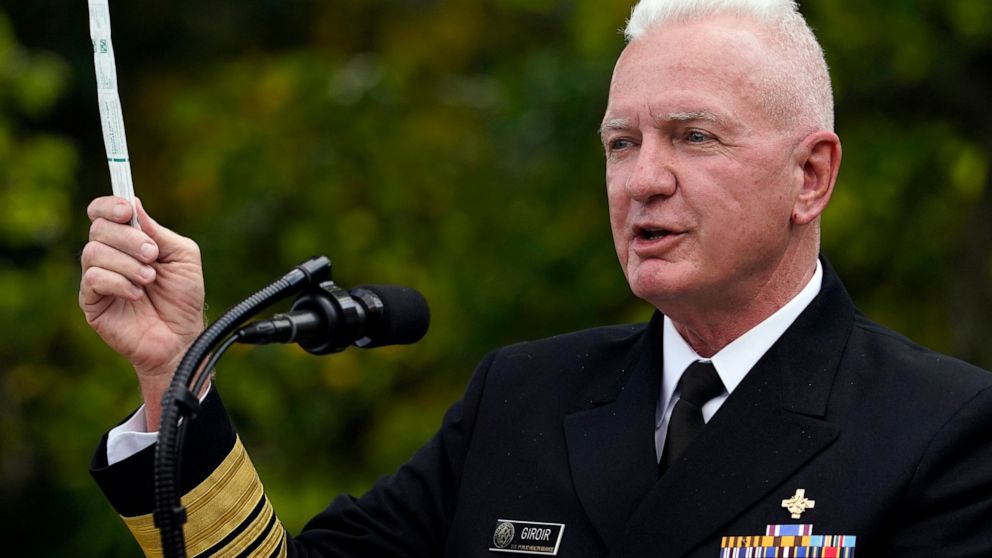 On virus, Trump and health advisers go their separate ways
43 mins ago

On virus, Trump and health advisers go their separate ways 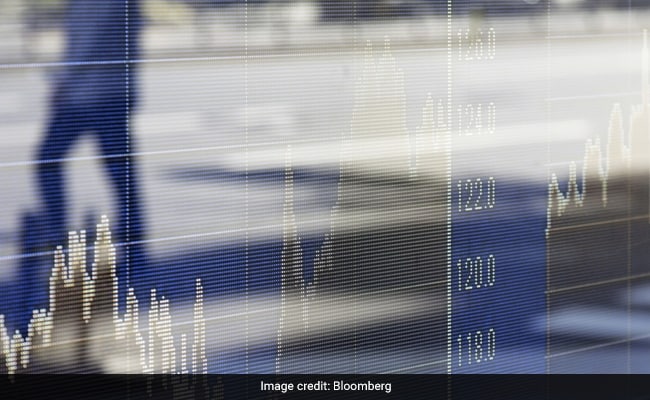