Bill Maher suggested the United States’ staggering number of coronavirus deaths were because its an ‘incompetent country’ while pushing back against a guest’s claim that President Donald Trump was to blame.

‘It wasn’t just Trump that led to those deaths,’ Maher said amid a panel discussion on this year’s final episode of HBO’s Real Time With Bill Maher.

During the segment, Maher sparred with Jon Meacham, a speechwriter for President-elect Joe Biden, former MSNBC contributor and presidential historian.

While discussing the ill-fated Rudy Giuliani press conference this Thursday, which discussed unfounded claims of voter fraud launched by the Trump administration, Meacham compared it to ‘if the Marx Brothers did a coup.’

‘It’s easy, because it seems so incompetent, to make fun of it, but this is an administration whose fundamental incompetence has led to the deaths of hundreds of thousands of people and the most significant weakening of institutions that, however flawed, have produced, by and large, a more perfect union.

‘So it’s easy to be amused by Rudy, but we’re just lucky that our authoritarians are so incompetent.’

This year’s final episode of HBO’s Real Time with Bill Maher aired on Friday with Jon Meacham (left), a speechwriter for President-elect Joe Biden, as a panel guest Jon Meacham (left) argued that the US’s coronavirus death toll was attributed solely to the Trump adminisatation, but Bill Maher (right) declared fault also fell on citizens and others

Maher then interjected to argue that the United States’ coronavirus-related deaths were a result of widespread blundering – not simply President Trump.

‘Everybody’s incompetent. It wasn’t just Trump that led to those deaths,’ said Maher. ‘He certainly did his part, but we’re an incompetent country.’

‘And an unhealthy one,’ Maher said. Maher later pushed back against a claim from a second panelist, Alex Wagner, who said that conservatives have turned a blind eye to the ongoing coronavirus pandemic because of Trump.

‘We have a battle right now against an unseen enemy, and one side has no interest in fighting it for completely partisan reasons,’ Wagner, a contributing writer for The Atlantic and co-host of Showtimes ‘The Circus,’ said.

‘I mean that is a cravenness – the inability, the inaction, the dismissal of COVID-19 as a deadly virus tells you the ends to which the Republican Party and Donald Trump will go to preserve partisan worldview.

‘I mean there’s blame to go around everywhere,’ Maher countered. ‘There’s blindness on some parts everywhere.’ Bill Maher: ‘Everybody’s incompetent. It wasn’t just Trump that led to those deaths. He certainly did his part, but we’re an incompetent country’ The United States has recorded more than 11.9 million cases and a growing death toll of 254,451.

Most recently, the president’s oldest son, Don Jr., revealed he tested positive for coronavirus before taking a trip with his son.

The United States’ struggle with the virus could begin to ease as soon as December.

On Friday, Pfizer Inc. announced it will apply for emergency use authorization of its COVID-19 vaccine with the Food and Drug Administration.

The application to the FDA comes just days after Pfizer and German partner BioNTech SE reported final trial results that showed the vaccine was 95 percent effective in preventing COVID-19 with no major safety concerns.

The companies expect the FDA to grant emergency use by mid-December and said they will begin shipping doses almost immediately.

Officials have said they hope to have about 20 million of Pfizer’s vaccine doses, which is enough to vaccinate 10 million Americans, by the end of the year.

“This an existential moment in American democratic, lower case d, history and we have one more shot at this. The voters of Georgia have one more shot to get this right by sending these Democrats to the Senate” – Biden adviser/journalist @JMeacham on #RealTime pic.twitter.com/eWEpERyL9a

Meacham argued that Democratic candidates Warnock and Ossof were ‘one more shot’ for state voters to ‘get this right.’ Jon Meacham (pictured): ‘The voters of Georgia have one more shot to get this right by sending these Democrats to the Senate’

‘This is an existential moment in American democratic – lowercase ‘d’ – history,’ he told Maher.

This month, it was revealed that Meacham was dismissed as a paid contributor on MSNBC after he did not disclose the extent of his ties to the Biden campaign.

The New York Times reported that Meacham was ‘playing a larger role than was previously known’ to MSNBC executives.

Meacham appeared on several networks during their coverage of the 2020 election. He commented on Biden’s victory speech during appearances, but did not tell MSNBC that he had a hand in crafting the addresses.

While appearing on MSNBC’s coverage, anchor Brian Williams asked him: ‘I’m not the historian that you are, and I don’t have the Pulitzer that you do, but do you concur that is the way we are used to hearing from our presidents?’

‘Absolutely,’ Meacham answered at the time. Prior to his ousting at MSNBC, Meacham won a Pulitzer Prize in 2009 for his book, ‘American Lion: Andrew Jackson in the White House.’

In Biden’s Wilmington, Delaware, address, he mentioned his mission ‘to rebuild the soul of America, to rebuild the backbone of this nation, the middle class and to make America respected around the world again.’

It appeared to echo the name of Meacham’s 2018 book, The Soul of America: The Battle for Our Better Angels, which has reportedly served as a reference for Biden.

Biden has reportedly reached out to Meacham in the past to discuss passages he liked.

The Times reports that Meacham has written draft speeches and offered edits on some of Biden’s larger speeches, including his address at Gettysburg in October.

Meacham, who has voted both Democratic and GOP presidents, is not expected to join the Biden-Harris administration.

Before his ousting, Meacham is a New York Times Best-selling author and recipient of a Pulitzer Prize.

He won the Pulitzer Prize for Biography or Autobiography in 2009 for his book, ‘American Lion: Andrew Jackson in the White House.’

By KAREN RUIZ FOR DAILYMAIL.COM

MSNBC contributor Jon Meacham has been dropped by the network after he failed to disclose that he had been helping write President-elect Joe Biden‘s speeches.

Meacham, a historian and Pulitzer prize-winning biographer, has been a frequent commentator for the network, where he has made appearances on Morning Joe, Deadline, and The 11th Hour with Brian Williams.

The political analyst had most recently appeared on air to comment on the presidential election as well as Biden’s victory speech on Saturday night.

Meacham, however, did not tell his employers that he himself had been involved in crafting Biden’s speeches, including his acceptance address in Wilmington, The New York Times reported. A NYT report revealed Meacham had been helping craft Biden’s speeches including the victory speech the president-elect delivered in Wilmington, Delaware on Saturday night Meacham and Biden have had a close relationship over the years. They are pictured together above at the the Joseph R. Biden, Jr. School of Public Policy and Administration at the University of Delaware

The report revealed Meacham had been ‘playing a larger role’ in Biden’s campaign ‘than was previously known’, including writing the president-elect’s acceptance speech at the Democratic National Convention this summer as well as his speech in Gettysburg last month.

Meacham has appeared on the network three times since Biden’s remarks on Saturday, including one appearance in which he analyzed the speech.

He was asked to weigh in on the address during an on-air conversation over the weekend with anchor Brian Williams.

‘I’m not the historian that you are, and I don’t have the Pulitzer that you do, but do you concur that is the way we are used to hearing from our presidents?’ Williams asked.

‘Absolutely,’ Meacham said, without admitting he played a role in the writing process. Meacham had reportedly been ‘playing a larger role’ in Biden’s campaign ‘than was previously known’, including writing the president-elect’s acceptance speech at the Democratic National Convention this summer. He is pictured at the DNC

A Biden spokesperson on Monday downplayed Meacham’s involvement, telling the Times Biden had written his own victory speech on Saturday but had ‘consulted a number of important, diverse voices as he often does.’

Another campaign official said Meacham had contributed to the ‘themes’ included in Biden’s remarks. Dr Ezekiel Emanuel, who will serve on Biden’s Coronavirus Task Force, will no longer be a contributor for the network but will return as a guest

Although the source did not specify which themes, parts of Biden’s speech echoed Meacham’s 2018 book –  The Soul of America: The Battle for Our Better Angels –  as he spoke of ‘rebuilding the soul of America.’

A person close to the matter told DailyMail.com Meacham will no longer serve as a paid contributor for MSNBC but will be welcome as a guest with full disclosure of his involvement with Biden’s team.

Similarly, Dr Ezekiel Emanuel, who will serve on Biden’s Coronavirus Task Force, will no longer be a contributor for the network but will return as a guest.

Despite his close ties to Biden, Meacham is reportedly not expected to join his administration.

MSNBC declined to comment to DailyMail.com when asked about Meacham’s omission.

On Tuesday, Tom Elliott, the founder and news editor of media company Grabien, said the revelation came as no surprise.

‘In a year of media shocks, this was not one. Anyone who’s tuned into ‘Morning Joe’ over the last year already knows that Meacham’s ‘analysis’ sounds no different than what you’d expect from a Biden campaign’ spokesperson,’ he told Fox News.

Pharrell Williams and Helen Lasichanh, Coolest Couple Ever, Are Not Too Cool For PDA

BTS Cozies Up in New 'On My Pillow' Version of 'Life Goes On' Video: Watch

Premier discusses the big issues ahead of the election 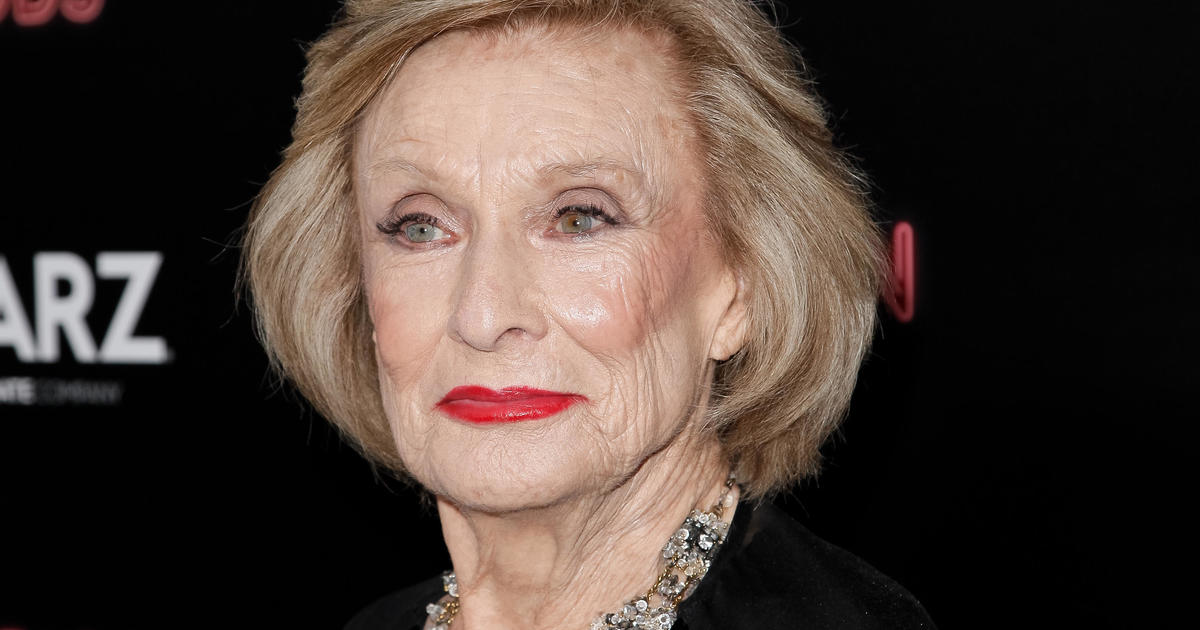 Cloris Leachman, Oscar and Emmy-winning actress, has died at 94
8 mins ago

Cloris Leachman, Oscar and Emmy-winning actress, has died at 94 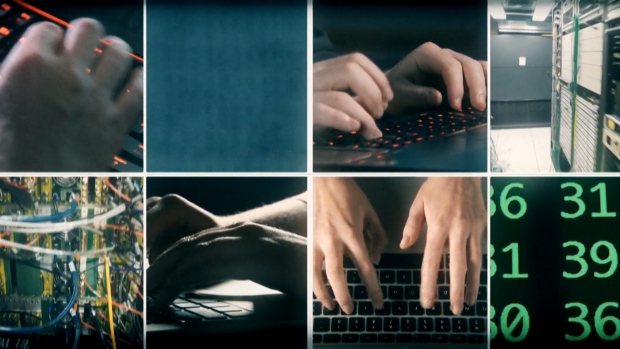