A 24-year-old man who is facing several charges in connection with an attack on a mosque in Mississauga back in March is now subject to terrorism proceedings in court, Peel police say.

In a news release Wednesday, Peel police said the Public Prosecution Service of Canada and Ministry of the Attorney General have “consented to the commencement of terrorism proceedings” against Mohammad Moiz Omar.

This isn’t an instance where police have added new charges — but terrorism proceedings being coupled with the court case will allow prosecutors to potentially pursue tougher sentencing submissions, should Omar be found guilty.

Investigators allege that on March 19, Omar entered the Dar Al-Tawheed Islamic Centre in Mississauga and sprayed bear spray towards congregants while brandishing a hatchet.

“Our community has a fundamental right, and deserves, to feel safe and secure,” said Peel police Chief Nishan Duraiappah, in a statement.

“Any attempt to jeopardize the safety of our community will be met with every effort to bring those responsible to justice.”

“This incident has deeply impacted Dar Al-Tawheed Islamic Centre members and carries rippling impacts throughout our community,” Duraiappah said. “People should expect to be able to gather peacefully and safely without fear.

“Our service is committed to continue to working with our partners and the community to ensure that hate and violence have no place in our community.”

In a statement issued by the National Council of Canadian Muslims (NCCM), the mosque’s imam, Ibrahim Hindy, said this incident illustrates how violent Islamophobia is an existential threat to members of the community.

“I hope today will be the first step towards justice when it comes to this shocking and violent incident that could have been so much worse if it weren’t for the courage of our community members,” he said, referring to congregants who tackled the alleged attacker and subdued him before police arrived.

The NCCM also noted that these new proceedings were agreed to in court just two days after the first anniversary of a truck attack where four members of a Muslim family in London, Ont. were killed. Police believe the driver deliberately targeted the family because of their faith.

“This isn’t the first time that our places of worship have been violated in one way or another,” said NCCM staff lawyer Nusaiba Al-Azem, in a statement.

“Our community needs to heal, but that starts with seeing justice carried through when it comes to the person who could have destroyed so many more lives that morning.”

Al-Azem lauded the Crown’s decision in the case, but also said more needs to be done to combat Islamophobia on the whole.

“We know that we need to continue to engage governments and agencies at all levels to take action to keep our communities safe now and in the future.”. 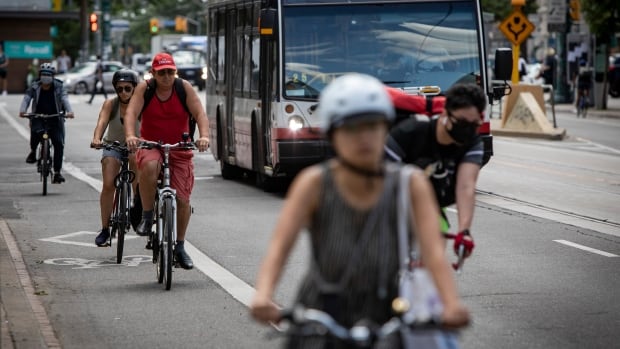