Canada’s federal budget will include an investment of at least $2 billion for a strategy to accelerate the production and processing of critical minerals needed for the electric vehicle (EV) battery supply chain, two senior government sources said.


Prime Minister Justin Trudeau’s government, which is due to release its budget on Thursday, will make the investment to ramp up the extraction of processing of critical minerals including nickel, lithium, cobalt and magnesium, said the sources who are familiar with the matter but were not authorized to speak on the record.


The investment could be spread over more than one year, but the sources declined to comment on the time frame.


Canada last month announced financial support for building two facilities that will make battery materials for electric vehicles, and one battery gigafactory, but no agreements have yet been announced for mineral extraction or refining.


“There are some particular projects that we are looking at and working on at the present time,” Natural Resources Minister Jonathan Wilkinson said in a recent telephone interview with Reuters.


All the potential projects, “whether they’re extraction or processing, need to be accelerated significantly, and that’s what the critical mineral strategy will be about,” he added.


Canada’s finance ministry declined to confirm whether the investment would be in the budget that will be presented by Finance Minister Chrystia Freeland in the House of Commons.


“Canada has an abundance of valuable critical mineral deposits, and with the right investments, this sector can create thousands of new good jobs, grow our economy, and make Canada a vital part of the growing global critical minerals industry,” said Adrienne Vaupshas, press secretary for Freeland.


There are “many active conversations” between the Canadian government and companies “on the need to accelerate and scale up the production of raw materials used in EV batteries,” one of the sources said.


Canada, which is home to a large mining sector, has a multi-billion-dollar fund set up to invest in green technologies and is trying to woo companies involved in all levels of the EV supply chain to safeguard the future of its manufacturing heartland in Ontario as the world seeks to cut carbon emissions.


Ontario is geographically close to U.S.-based automakers in Michigan and Ohio, and General Motors Co, Ford Motor Co and Stellantis NV have all announced plans to make electric vehicles at factories in the Canadian province.


Since it can take many years – even a decade or more – to open new mines, Wilkinson said some of the projects being considered involve “tailings from existing mines from which you could extract critical minerals.”


“We’re looking at brines and oil sands, tailings ponds, and all of those things,” he said.


Brendan Marshall, the vice president of economic and northern affairs for the Mining Association of Canada, said this kind of project would require research.


“There needs to be research and development” to develop technologies that can identify and separate critical minerals “from the general waste stream,” Marshall said.


Canada’s critical mineral strategy will focus on, among other things, driving research, innovation and exploration, one of the sources said.


GM said on Monday that it was investing C$2 billion on two plants, including one that will produce an electric vehicle for commercial use in Canada. Last month, GM said it had partnered with South Korea’s POSCO Chemical to build a facility to make battery materials in Quebec.


Scott Bell, the president and managing director of GM Canada, said last month that Canada’s abundance of nickel and other raw materials would be used to make cathode active material in the Canadian province, without elaborating.


“These companies are going to need those critical minerals that our country has, so we need to start aggressively ramping up the mining and processing required,” Canadian Industry Minister Francois-Philippe Champagne said in Vancouver last week.


Demand for minerals needed for batteries, including lithium and cobalt, could increase by almost 500% by 2050, the World Bank estimates. Currently Asia, and in particular China, dominates global production and processing of critical minerals, rare earths and rare metals used to make EVs.


Constantine Karayannopoulos, president and chief executive officer of Neo Performance Materials Inc, a rare earths  and rare metals processing company based in Toronto, said Canada and North America have a lot of catching up to do.


“We are behind the eight ball collectively in the West, behind China,” Karayannopoulos said in a telephone interview.


“China is dominating this space … We need a lot of money (to build the supply chain) because we’re playing catch-up.” 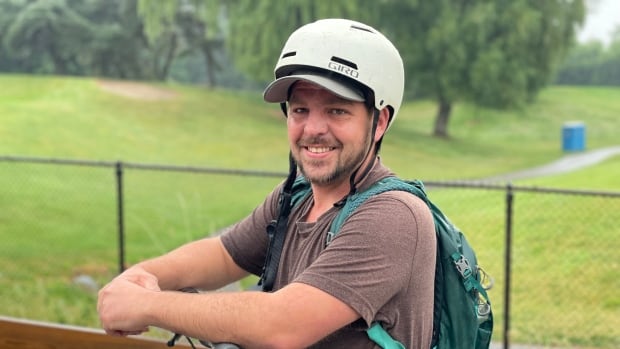 Charlie Puth Reveals Release Date for New Album, Says It ‘Was Born on the Internet’
6 mins ago

Kim Kardashian Doubles Down on Idea of Eating Poop to Look Younger – E! Online
34 mins ago