Twelve years ago, Nathan March dropped his plans to become a student pilot due to frequent migraines and constant stomach pain.

The Vancouver resident, then in his mid-20s, didn’t have a family doctor. He tried his mother’s doctor, getting a brief appointment before he was referred to a neurologist and gastroenterologist, waiting months to see each. In the end, they told March that he likely had irritable bowel syndrome (IBS) and gave him medication for his symptoms.

“At that point, my doctor just shrugged their shoulders and said, ‘It sounds like you have IBS and migraines’ and kind of left it there,” March said.

Because his symptoms persisted and he didn’t know their underlying cause, March kept researching and trying different doctors and even naturopaths, with little luck. He’d heard about LifePlus, a program offered through Telus Health, from a friend who had IBS-like symptoms, and a former boss, who’d had good experiences. In early 2021, he decided to try it.

March paid more than $4,000 to sign up and got a physical. The doctor spent an hour speaking to him and recommended seeing their staff dietitian. Within a week, he had an appointment and a few sessions in, the dietitian suggested March had histamine intolerance.

“When I googled the symptoms, I’m like, ‘holy s—, that sounds like exactly what I have,’ ” March said.

Now, the private health-care program is under review by the British Columbia government alongside other patient-paid programs over concerns about “queue jumping.”

Though it’s not yet known if LifePlus violates any laws, the private-care option signals to doctors and advocates a growing problem in Canadian health care. Residents don’t see the current system as meeting their needs, with only 25 per cent of Canadians who believe their province is managing health well, according to Angus Reid data released Wednesday. That’s the lowest it’s been in eight years of tracking by the institute.

With a family doctor shortage across the country, doctors and advocates fear if systemic issues aren’t resolved, private care will keep pulling physicians out of the public system and widen the chasms in care.

In February, the B.C. Ministry of Health announced it was reviewing concerns about Telus Health’s LifePlus program alongside other patient-paid programs for compliance with the Canada Health Act and the Medicare Protection Act.

Telus Health says it responded to the commission’s request for information on LifePlus in March. The company had not heard back by June 20.

Telus Health representatives describe LifePlus as a preventative-care program offered both through employer benefit packages and to patients who pay out of pocket. It’s separate from Telus Health’s virtual walk-in service available in some provinces, including Ontario, which is billed to governments for patients with provincial health insurance.

The program has existed since about 2005 through Copeman Healthcare and was bought by Medisys Health Group in 2014, which Telus Health acquired in 2018.

For thousands of dollars a year, LifePlus offers patients in B.C. and Alberta round-the-clock access to a care team with services including weight loss, diabetes control, kinesiology, mental health and physiotherapy.

Telus Health doesn’t currently have plans to launch LifePlus in Ontario, said an email from spokesperson Jill Yetman earlier this month. “We are evolving our employer-centred care model and look forward to launching new exciting options in the future.”

(However, Telus’s website has a form to notify patients outside B.C. and Alberta when LifePlus becomes available near them.)

The LifePlus program has 29 physicians in B.C., most of whom are part-time. There are fewer than 5,000 LifePlus patients in the B.C., and between 6,000 and 7,000 patients in total when including Alberta, the company says. The service costs $4,650 for the first year, and $3,600 after that. Doctors are paid on an hourly or daily rate depending on the services they provide, Yetman said, noting the rates are “generally aligned” with guidance from provincial colleges and associations.

Jill Schnarr, chief communications officer at Telus, described how the service works alongside primary care. Where her family doctor helps when she’s sick or needs a prescription, Schnarr also meets a dietitian to discuss her diet and lifestyle.

(In Schnarr’s case, her employer funds the visits as part of her benefits.)

“The whole idea is to help me live my best life and to help me be as productive and healthy as possible,” Schnarr said in a phone interview. “So it’s a separate program from my regular health care that I get from my family doctor.”

The ministry didn’t provide details about who brought forward the concerns.

“The Medical Services Commission often becomes aware of potential extra billing issues through various channels, such as patient or practitioner complaints or through public advertising by companies,” the ministry said in an email. It noted the commission has also contacted “numerous other entities and is reviewing those entities business and service models for compliance with the Medicare Protection Act.” The ministry didn’t elaborate on which other entities were under review.

“The Medical Services Commission is an independent statutory body and does not routinely disclose such information about reviews. It would be inappropriate to comment on matters currently under review,” the ministry said.

Based on its findings, the commission’s enforcement options include carrying out audits, de-enrolling practitioners “for facilitating extra billing infractions,” or applying for an injunction “to restrain a person from contravening the extra billing provisions” of the Medicare Protection Act.

The review is underway and the commission will report its findings to the ministry.

“The worry always when something breaks — and that’s where we are — is that something new will fill up the cracks,” she said. “The real fundamental issue is why is the crack here in the first place?”

Smart says marginalized people will suffer if private care is relied on to address gaps.

“If you have money, you can buy this fancy version of health care that other people can’t buy,” she said.

He points to medical fees failing to keep up with costs of providing service, noting the average fee for seeing a young patient is $31, compared to 12 years ago when it was $29, while costs of rent and other expenses have grown faster.

On top of that, family doctors are feeling undervalued, overworked and undercompensated, May said.

In a survey of patients, the college found there are nearly one million people in B.C. without a family doctor. (In Ontario, that number is 1.3 million, according to the Ontario College of Family Physicians.) Of those, 20 per cent said their doctors closed their practice. May said that’s doubled since 2019, suggesting an increasing number of doctors are leaving their practice.

Forty per cent of those who do have a family doctor said they’re worried they’re going to lose them.

“We’ve got doctors leaving full-service, longitudinal relationship-based practice at a record rate, May said. “We’ve got residents who are coming out of the family practice training scheme not wanting to join there.

“And we’ve also got medical students not choosing family medicine as their career.”

Dr. Danyaal Raza, who’s on the board of Canadian Doctors for Medicare, said private clinics are pulling people out of the already squeezed public system and privileging the wealthy.

“Twenty-nine physicians is not a small number. That represents tens of thousands of patients potentially,” he said, noting that if it’s allowed to continue, it’ll likely lead to more family physicians leaving the public system.

“The other risk here is as this becomes a profit-making opportunity, as soon as there’s no longer any profit to be made, these clinics shut down,” said Raza, a family physician with Unity Health Toronto.

Even though Telus Health describes LifePlus as a preventative-care service that isn’t duplicating services covered by public funds, Raza says the solution is to publicly cover services such as dental, physiotherapy and psychology instead of leaving them to the private sector.

As far as profit-based health care goes, he adds it can lead to situations where patients are tested for things that are not medically necessary and then recommended for treatment.

At the same time, there can be a role for private companies to play in supporting the health-care system.

Smart says the private sector can partner with the public sector to improve patient access. For example, the Shouldice Hernia Hospital in Thornhill is a private hospital doing surgeries with public funding.

“It increases access to patients,” she said. “It gives them access to surgery outside of a hospital, but they’re not paying for it.”

March says after his diagnosis, he changed his diet and felt much better. He also started a new medication and says in the last two weeks, he hasn’t had any headaches. And he’s started flying again, after being cleared by a medical examiner.

Even though March doesn’t like paying for his health care, he says LifePlus offers a better experience than what he’s faced in the publicly funded sector.

“All Canadians deserve equal health care,” March said. “But at the end of the day, the health-care system isn’t working … So if I have to pay a bit of money and get myself ahead of it, unfortunately, I’m going to do that because my health needs to be my priority.”

Op-Ed: We watched history go in reverse on Friday in Washington 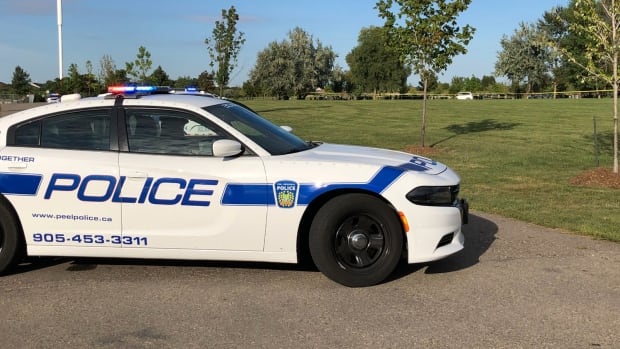