CALGARY – Police in Calgary say a man who was chased and stabbed after he’d overheard a woman in a park telling a man to stop hitting her last week has died in hospital from his injuries.

Investigators say they are not identifying the victim until it’s confirmed by the medical examiner, but they have released images of him from the responding officers’ body cameras in the hope that potential witnesses will recognize his clothing and contact them.

Police say the man was walking past James Short Park in the city’s downtown core on Wednesday night when he heard an altercation between a man and woman in the park.

They say that after hearing the woman tell the man to stop hitting her, the victim confronted the man, and they say it’s believed the suspect pulled out a knife.

Police say when the victim tried to run, he tripped on the bumper of a stopped car, and was caught by the suspect and stabbed.

The car, police say, drove away from the scene and investigators are hoping to locate the driver.

“People may have seen the altercation and not know that it resulted in such a serious and tragic outcome,” Staff Sergeant Martin Schiavetta said in a news release.

“If you witnessed anything in the area that might be connected to this incident, have dash-cam footage, or any other information, please call us. Even the smallest piece of information can turn out to be the most important detail we need to figure out what happened.”

Police say an autopsy is scheduled for Tuesday.

The victim’s face is obscured in the photos as police say he cannot be publicly identified until after the autopsy.

This report by The Canadian Press was first published July 4, 2021. 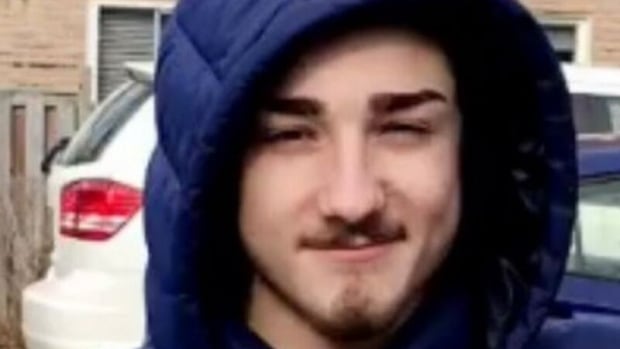 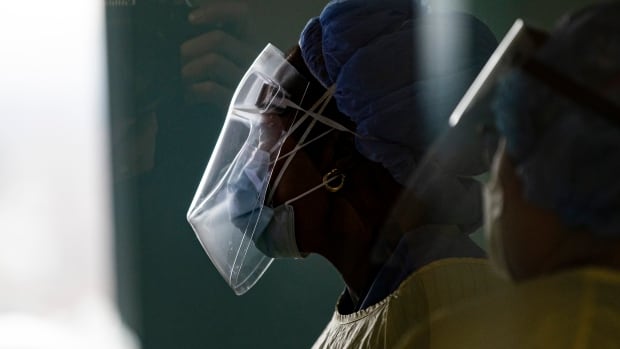