The sunlit conference room at the luxury German resort of Elmau Castle, nestled in the green mountain folds of Bavaria, was about as far removed from the bloody, missile-littered landscape of Ukraine as one can get.

That is both a literal and figurative statement.

The leaders of the world’s wealthiest democracies, some of them in crisp white shirt-sleeves that ease the heat, listened attentively to Ukrainian President Volodomyr Zelensky, dressed in his now-signature green combat T-shirt, as he spoke via video conference on the big screen before launching into questions and laundry lists of what each of them had done.

They spoke, all told, for about two hours, according to several Western officials.

G7 leaders spent their three days together surveying the economic wreckage of the war, both in Ukraine, the West and throughout the wider world where soaring inflation, energy costs and food prices threaten to distract and even erode support for the battered and bleeding Eastern European country.

On the way out to the door to the NATO Summit in Madrid, Canada Tuesday announced another fiscal lifeline for Zelensky’s government; a $200 million loan through the International Monetary Fund, among other things, to help keep the Ukrainian government afloat.

In case you’re keeping track, Canada has committed $1.6 billion in loans and $1.3 billion in direct support to Ukraine, including $320 million in humanitarian assistance, according to the Prime Minister’s Office.

Not losing vs. winning

There was a lot of talk around the table about denying Russia victory in Ukraine. There’s a difference between not losing, and winning. In some instances, there can be a subtle distinction, but when it comes to the war in Ukraine it can be debated that it is an existential separation.

Zelensky has been clear. Restoration of Ukraine’s internationally recognized boundaries is his war aim, although — at weak moments — there have been suggestions of compromise.

The G7 leaders left their posh retreat without a clear vision of what victory looks like for them because the way things have unraveled on the world stage, it is fair to say we all have a stake in this matter.

“I think that the U.S. is all-in, and they want to see Ukraine win,” said Matthew Schmidt, an associate professor and national security expert at the University of New Haven in Connecticut.

“I think that the Americans see [French President Emmanuel] Macron as pushing to help Ukraine not lose completely. Now, it is, as yet, unclear what any of these sides think of winning — in other words what victory means. Right?”

For his part, Prime Minister Justin Trudeau said he believes the Ukrainians have to decide what victory looks like and now may not be the time to do that.

“If and when President Zelensky and Ukraine has decided it’s time to negotiate or move forward to resolving, to ensure that Russia faces defeat in Ukraine, they need to be able to negotiate from a position of force — a position of strength,” he said.

Also arguably, NATO will say it has done its best — within the limited confines of its remit — to ensure Ukraine does not lose its war with Russia.

The question, however, for leaders of the Western military alliance, as they gather in Madrid, Spain this week, is whether they want, and have, the political will to ensure that Ukraine gets what it wants.

The cost of war for Ukraine

The current Western approach of simply propping up the Ukrainians is unsustainable in the eyes of many experts with deep roots in the region.

“We relied on a deterrent approach and an assistance approach, which arrived too late and too little,” said Phillip Karber, chairman of the Potomac Foundation, who has made 39 trips to Ukraine since Russia’s annexation of Crimea in 2014 and is considered one of the foremost Western experts on the eight-year-old war.

“Now, we are struggling to try to give them enough not to lose, but we’re setting this up for — at best — a bleeding conflict that will be disastrous for Ukraine, highly unstable, [and] inevitably lead to a more intense conflict.”

Summoning the will to help Ukraine “win” requires NATO leaders to firmly wrap their heads around another distinction — that the war is really about them, not Ukraine, he said.

While some Western leaders, including Trudeau on Tuesday, have spoken about how Ukraine is the frontline in the fight between democracy and authoritarianism, Karber said he believes there is still a healthy amount of denial in some Western capitals that this is an existential crisis.

“Ukraine is just a pawn in this and so NATO really needs to come to grips with it now,” he said.

Because Zelensky has been so plucky and effective on the world stage, and his government slick in communicating its successes on social media, Karber said there’s a serious under-appreciation of the pounding the country has taken.

“I don’t think we realize the limits on their staying power,” he added.

Supporting Ukraine over the long term

Those limits were on bleak display last week when Ukrainian forces, after weeks of bitter house-to-house, room-to-room combat, retreated from the key — now ruined — town of Severodonetsk, in the eastern Luhansk Oblast (province).  Much like the merciless siege and surrender of Mariupol, on the Sea of Azov, it was a brutal slow-motion defeat, meant to sap the fighting strength of the Ukrainians.

Other experts also warn that NATO needs to be prepared for a long, drawn out confrontation with Russia on many fronts.

In the short and medium term, they say, Ukraine is going to need massive amounts of assistance.

“This is going to be, I think, really difficult for the European military establishment,” said Max Bergmann, director of the Europe Program at the Washington-based Center for Strategic and International Studies.

“I think the situation Ukraine finds itself now in, is a long slog war of attrition against a global military superpower and they’re fighting this war all on their own, and I think the challenge for the U.S., for Europe, is that we have to also posture to support Ukraine over the long haul.”

Bergmann said that the “initial triumphalism” that Ukraine survived the spring is slipping away.

Staying united will be the biggest challenge in any long war scenario, especially under these economic circumstances, said Stefanie von Hlatky, a defence expert and associate professor of political studies at Queen’s University.

“That’s the main danger for NATO in the long term, is maintaining that public display of political cohesion,” she said.

“Certainly, it was very visible in the short term, even impressive; the extent to which NATO member states rallied very quickly and had a very united front [over the war in Ukraine], but over the medium, and long-term that unity can unravel.”

How Craig McRae is reshaping the Collingwood Magpies 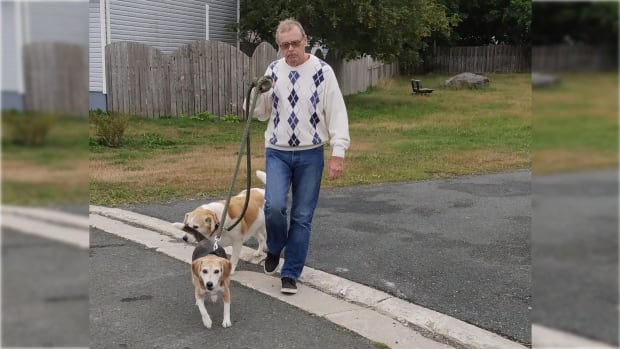